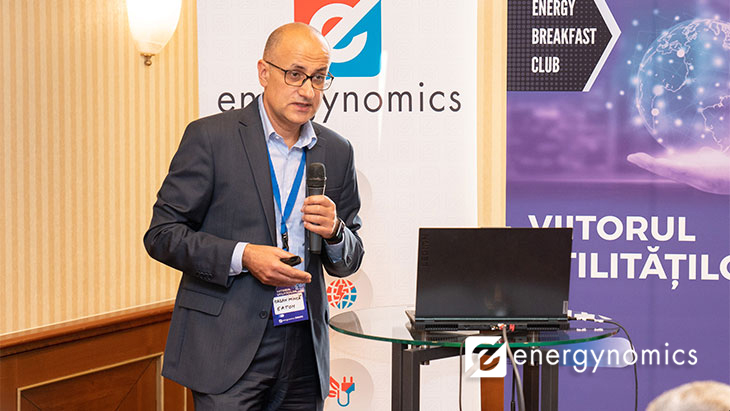 The war in Ukraine has caused severe disruptions in all economic sectors and supply chains, which in turn led to delays in the completion of many investments. If until the beginning of this year, the delivery of a transformer lasted, on average, two or three months, now this period has extended to at least half a year, said Iordan Mincă, Eaton EMEA Utility Segment Leader, during the “Future of utilities – 2022” conference, organized by Energynomics.

“Until now, a high-power transformer was delivered in two to three months, but now it has reached six months or even more than a year for very high-power ones. There are many other such examples. These situations lead to project delays, including on the part of photovoltaic installations and investments in the electrical network,” said Mincă.

The energy industry is at a time of extreme pressure as a result of the adoption of ambitious global targets to reduce carbon dioxide and pollutant emissions, but one of the biggest concerns is that, globally, the energy infrastructure is aging. From this point of view, the European REPowerEU program is welcome, but it is hard to believe that it will succeed in using the entire allocated amount of 221 billion dollars.

“REPower foresees huge investments, but it remains to be seen how much of this money will actually end up in investments. At least half or a quarter if invested, it would still have a major impact,” he added.

From a sales perspective, the company focuses in Europe and, implicitly in Romania, on the sale of distribution and network protection equipment. Eaton aims to produce equipment and solutions for the automation of energy distribution without using toxic gases, which are still used, including in photovoltaic installations.

“It’s a paradox to say that I’m building a photovoltaic park, but I’m putting SF-6 in it, a much more toxic gas than CO2. It is a shame to use equipment that is not friendly to the environment”, Mincă added.

One of the biggest challenges facing the electricity grid is the massive energy consumption caused by the increasing use of heat pumps and chargers for the electric car. According to Mincă, the electrical network is not prepared to withstand such high consumption of energy, so there is a need for solutions for planning consumption and the use of sockets for electric car batteries.

“Electric cars will need charging stations. If too many are running simultaneously, the maximum network load will be exceeded and they will be disconnected from the network. A solution would be to install equipment with higher powers, but it is expensive. Another is to use a storage module of several hundred kW and a gateway that can be integrated into the operator’s SCADA system, which can control how many consumers can use the energy sources simultaneously,” said Mincă.