Acasă » Electricity » Daria Vladikova: Bulgaria could have more than 600 hydrogen vehicles in 2030

Daria Vladikova: Bulgaria could have more than 600 hydrogen vehicles in 2030 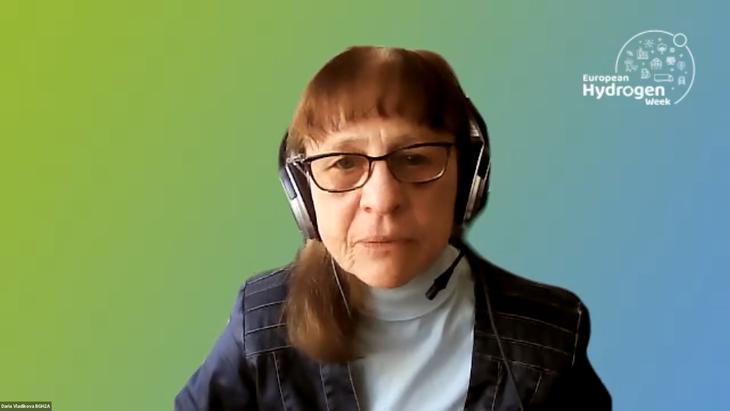 Bulgaria could have more than 600 hydrogen vehicles and 14 charging stations in 2030, said Daria Vladikova, President of the Bulgarian Association for Hydrogen, Fuel Cells and Energy Storage, during the conference “Project Hydrogen – the first steps in Romania”, organised by Energynomics.

“It is very important to develop the Romanian-Bulgarian connections in the field of hydrogen. At the opening of the European Hydrogen Platform in 2004, Romano Prodi defined everything that needs to be done to develop a successful hydrogen industry. ‘We can only succeed if national and European resources, public and private, work together in a coordinated manner’, he said. Since 2004, Europe has been trying to do so. In 2018, the Bulgarian Association for Hydrogen, Fuel Cells and Energy Storage was founded”, she said.

While there are currently only 2,000 hydrogen vehicles, globally, there could be more than 1.2 million in 2030. Clean hydrogen production is 100 MW in Europe at the moment, but by 2030 it could reach 80 GW, half of which produced in Europe.

So far, there are no hydrogen cars or infrastructure in Bulgaria, but the forecast for 2025 shows that there will be 120 vehicles and 5 charging stations, and in 2030-600 vehicles and 14 charging stations, Daria Vladikova said. Bulgaria has not yet approved a hydrogen strategy, but it exists in the draft and will be approved under the National Recovery Plan. At the same time, Sofia’s municipality is working on the conversion of local buses by equipping fuel cell engines, she said.

“We are preparing a project to equip hydrogen buses, 30 in Sofia and 20 in Ruse. About 30 trolleybuses in Sofia will be reconverted to hydrogen, as well as a ferry from Ruse. There is also a project to develop the production of 4 MW in Sofia and 2.4 MW in Ruse, the above projects having a total cost of EUR 45 million in Sofia and 22 million in Ruse. The cost of production of hydrogen will be 5.37 euro/kg for Ruse and 4.13 euro/kg in Sofia – lower due to the higher volume of the plant”, she added. Bulgaria has similar projects for Burgas and Stara Zagora, with the total number of hydrogen vehicles reaching 140 units.

previousBenoit Fécamp: Romania could reach its 100% hydrogen target by 2030
nextIoan Iordache: Hydrogen moves from chemistry to energy, and Romania must follow this trend