Benoit Fécamp: Romania could reach its 100% hydrogen target by 2030 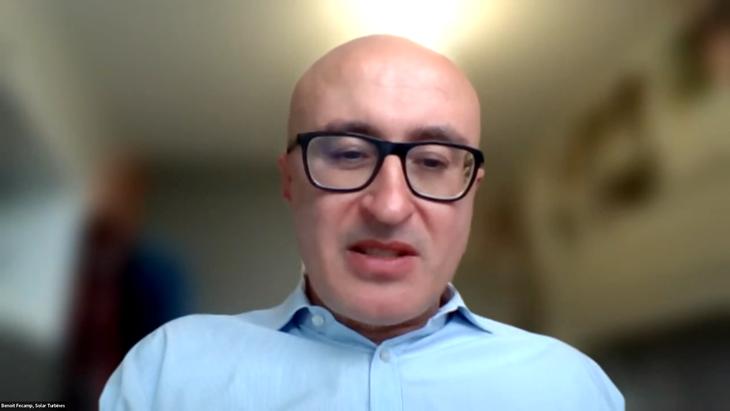 Solar Turbines is one of the largest producers of gas turbines, with more than 16,000 units sold worldwide. A Caterpillar’s division, Solar Turbines has 8,000 employees and 65 offices and outlets, as well as installations in more than 100 countries, said Benoit Fécamp, Market Development Manager for Alternative Fuels, Hydrogen, Decarbonization, Process off-gas at Solar Turbines, during the conference “Project Hydrogen – the first steps in Romania”, organised by Energynomics.

“The crisis in Ukraine accelerates all processes of relinquishing dependence on import resources. We are now seeing an increase in fossil resource prices and carbon allowances. At the same time, in the last 10 years we have seen a decrease in the costs of producing electricity from renewables and an increase in the digitization process, but also a strengthening of the development of projects on hydrogen, biogas and carbon capture, storage and use (CCSU). What is happening in Ukraine puts even more pressure on these investments, including green hydrogen. In Romania, Transgaz supports the initiative to create hydrogen infrastructure within the association formed by the main gas network operators in Europe. There is a possibility that Romania will reach its 100% hydrogen target by 2030,” said Benoit Fécamp.

“Hydrogen is not something new to us, we have been working with hydrogen for about 40 years and we have accumulated a massive experience in operating and securing hydrogen networks. We’ve advanced to an 83% hydrogen operating weight when burning in turbines. We have 55 hydrogen units in operation, with over 2 million operating hours, including five Titan 130 SoLoNOx systems”, he said, adding that Solar Turbines is able to offer even today gas turbines fired with 100% hydrogen.

previousCătălin Stancu: Elimination of dependence on Russia rely on hydrogen
nextDaria Vladikova: Bulgaria could have more than 600 hydrogen vehicles in 2030