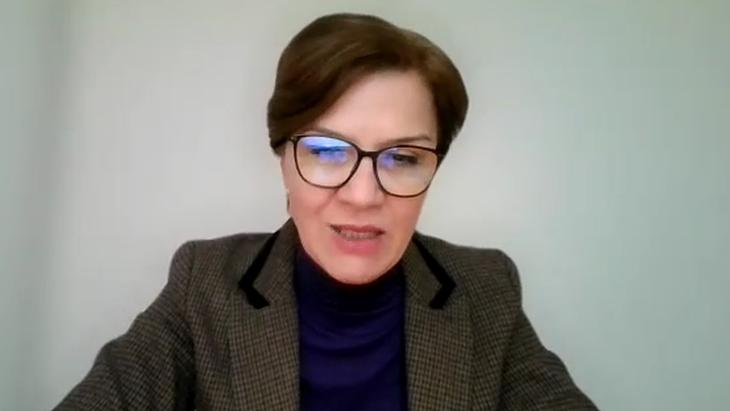 State aid to those severely affected by increased energy prices needs to be better targeted at those in need, home consumers or industrial consumers, Daniela Dărăban, ACUE’s executive director, told at EnergynomicsTalks. Efforts must also be stepped up in the area of ​​encouraging investment in new electricity generation capacity and reducing energy waste through energy efficiency measures. In the short term, the ACUE representative warns that large electricity supply and distribution companies are at risk of insolvency as a result of the measures introduced by the authorities and their enforcement.

A necessary intervention, but inappropriate measures…

The price crisis is a harsh reality in Romania, as in all of Europe, and the intervention of the authorities was considered justified and welcomed by companies in the field. At the same time, the fears expressed from the very begining about some of the measures and the risks associated with their implementation are now being confirmed.

“The European recommendations insisted that the measures adopted by the states be designed so as not to complicate the situation further,” recalled Daniela Dărăban, referring to the additional pressure on suppliers, but also on the financial impact on distribution operators. Suppliers affected by the accelerating rise in prices, however, are feeling an even stronger impact on their cash flows as a result of capping and compensation. “Today, on February 18, no payments have been made to suppliers,” said the ACUE official, warning that “if we put additional financial pressure on the supplier, which is the last element of the value chain before the consumer, we introduce a domino effect into the sector. If the supplier does not pay, the effect is felt in the distribution, transport, production”, she explained.

The support measures were introduced by the authorities in late 2021. Specifically, “the law was passed on October 27, with effect from November 1. The rules appeared on December 1. Subsequently, clarifications were made through two normative acts, e.g. the way in which VAT is invoiced was clarified on December 18 “, summed up Daniela Dărăban. Referring to the principle of legislative security, she explained that “the law must not leave room for interpretations to the one who must apply the law.” However, this has been the case for several weeks, during which time each company has decided what to do, depending on its own risk management policies.

Daniela Dărăban also stated that the Romanian state has established the settlement procedure through written recommendations regarding “how to submit the forms and how to be filled in by the suppliers, and the suppliers have complied with these recommendations.”

Unfortunately, “we have seen in recent days the publication of a new Order that clarifies the way in which suppliers must submit settlement requests. Surprisingly, I understand that in the context of this Order, all claims for reimbursement should be reinstated.”

There is a risk of a serious deadlock if these requests are re-submitted, says Daniela Dărăban, who expects an tsunami of documents.

“You cannot ask for more information than what you originally requested, and accuse me that I did not complete this information correctly”; such a request violates the principle of non-retroactivity.

The companies will work with the authorities to avoid any blockages, but “this behavior on the part of the authorities introduces additional risks at a time when the energy market is very hectic anyway,” the ACUE representative commented.

… and push them into insolvency

“The supply activity in Romania is in a critical situation, there is a lack of liquidity, and the banks are increasingly reluctant [in financing suppliers to continue their activity].”

Equally critical are the problems in the distribution segment, where the purchase of electricity from the market for their own technological consumption is not supported in any way by the plan of measures implemented by the authorities. “Power distribution operators are on the verge of entering into insolvency, in the context that they provide services in a regulated market,” said Daniela Dărăban. “The market price is even three to four times higher than the one recognized in the [ANRE, the regulator] methodology, so we finance the difference between the cost in the tariff and the real cost. […] The state must consider what is the best and most appropriate decision at this time.”

The national regulations, but also the European ones, allow that in exceptional situations, when you cannot increase the distribution tariff, you can compensate this difference from the budget, in order not to let the distribution activity go into insolvency, Daniela Dărăban proposed. “It is also an indirect aid to the household consumer,” she said.

These topics have been raised several times in recent days:

In fact, almost all the problems of these days have been anticipated since October, when ACUE warned “ACUE: The bill offset and capping mechanisms are complex and discriminatory”!

A different approach is needed

ACUE proposed the authorities to analyze the functioning of the electricity market and the “trading space”. Daniela Dărăban referred to the urgent need for investments, in new generation capacities and in the modernization of distribution systems, in order to reduce in the medium term the high prices and the pressure they put on companies and consumers. She also spoke about the need to raise awareness of the impact that energy efficiency measures could have, and stressed that “we have funds available for such measures, for the energy transition, but we may not be able to access them,” she warned.

In the short term, perhaps even this spring, ACUE believes that better segmentation and identification of the beneficiaries of support measures from the authorities is needed. “Beneficiaries must be identified according to the impact of energy costs on their total income, and the state is free to decide what is the bearable or acceptable share of energy costs in total household income, and if this level is exceeded, the state should intervene!”, proposed Daniela Dărăban.

Studies show that energy poverty needs to be addressed by taking into account the income of those in need, said the ACUE executive director, calling for better calibrated intervention measures to take into account the role of each player in the energy market, from producer to the consumer.

The ACUE Federation represents the most important groups in the field of electricity and natural gas, respectively CEZ Romania, E.ON Romania, Electrică SA, ENEL Romania, ENGIE Romania, Gaz Est, with a total number of over 24,000 employees and a total annual turnover of over 5.5 billion euros. The total value of investments made by ACUE members in the period 2005-2020 is approximately 11 billion euros.

previousRegulatory stability provided, EDPR might invest more in the Romanian renewable market
nextXTB: Exceeding the $100 a barrel threshold is almost a certainty