Acasă » Uncategorized » Virgil Popescu: With the Green Deal, there is an urgent need to strengthen the electricity transmission grid

Virgil Popescu: With the Green Deal, there is an urgent need to strengthen the electricity transmission grid 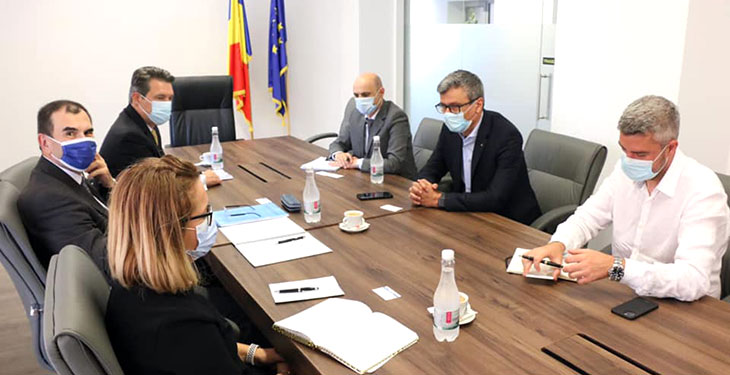 Strengthening the electricity transmission grid is becoming an urgent necessity, along with the Green Deal, writes the Minister of Energy, Virgil Popescu, on his Facebook page.

He had a working meeting on Tuesday with the Vice President of the European Bank for Reconstruction and Development, Alain Pilloux, with whom he discussed the work plan in the renewables sector, to stimulate investment and financing in this important area for clean, CO2 neutral energy.

“At the same time, we discussed the commitments made by Romania to achieve zero CO2 emissions and the measures taken to meet these firm commitments. We listed to the EBRD delegation some innovative projects we have in mind, such as the Halânga plant , the development plan of the National Electricity Transmission System through an underground cable that will follow the route of the Tuzla-Podişor pipeline that Transgaz will build, in order to have the capacity to evacuate the electricity that we can produce through offshore wind farms in the Black Sea. With the Green Deal, there is an urgent need to strengthen the electricity transmission grid,” the minister wrote on the social network, according to Agerpres.

At the same time, the two officials discussed in detail the Decarbonization Strategy and how institutions such as the EBRD can help Romania in its creation and implementation, but also about the Modernization Fund, where already exists a very good partnership with the EBRD.