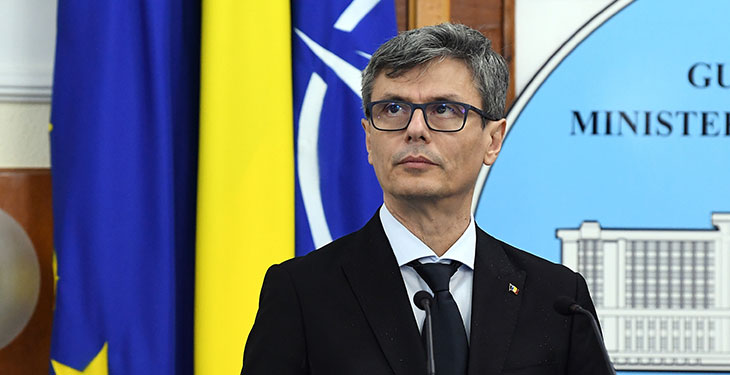 The Minister of Economy and Energy responded with a harsh message addressed to Hidroelectrica and Fondul Proprietatea (FP), following the Fund’s release which accused him of interfering in the company’s policy. In a message posted on his social networking page, Virgil Popescu says that he plans to list Hidroelectrica next year, even if it has not made all the necessary investments, and FP cannot offer lessons in corporate governance. Below, the message of the Minister:

“The interest of Romanians prevails! That doesn’t seem to be understood by many people. I asked Hidroelectrica to send on the volume of investments made in recent years, when they had high prices for electricity, given that they used this excuse. Therefore, I would ask a question to the director of Hidroelectrica, to the representatives of Fondul Proprietatea and to the representatives of the Romanian state in Hidroelectrica’s SB: where is that volume of investments? Do I understand that it is good that they did not make investments to make a big profit and pay dividends? Completely wrong, this type of policy is bankrupt in the long run, and the interest of the Romanian state and Romanians is to have a strong company over the long-term!

Also, should I understand that it is good what Hidroelectrica has done so far: it has sold energy cheaply to suppliers, which they sell much more expensively to household consumers!?! This instead of Hidroelectrica selling it directly, cheaper than suppliers, but more expensively than the energy it is currently selling to suppliers?!?! Gentlemen from Fondul Proprietatea, where do you see the smart guys in the two scenarios presented above? I see here a wrong trade policy that needs to change this year, in the context of liberalizing the price of electricity starting January 1, 2021. I do not want to think that you want to keep the company captive to large customers and thus prevent its penetration on the household customer market.

And as the corporate governance law was also mentioned, I would like to remind you that there is the possibility of a cumulative vote that allows the change of the entire management of a company at the request of a shareholder. And also, as long as I will be the Minister of Economy, Energy and Business Environment, I will exercise the quality of shareholder for the benefit of Romanians and I will not allow any shareholder to censor my words!

PS: I cannot accept to get lessons in good behavior and corporate governance in the context in which a shareholder understands to “support” (in what form it is not clear, but most likely financial) one or more press articles dedicated to the company in which he is a shareholder. I cannot accept this for two reasons: 1. If everything you have to say is legitimate and correct, why should the article in which you send your message be “supported”? And 2. What do we do with all the other shareholders who can’t afford to “support” press articles? Are they less shareholders or do they not have the same rights? Easier with the lessons of morality, when the practice does not recommend you, this is what I would like to remind the distinguished gentlemen from FP.

And for a correct information: I SUPPORT THE LISTING OF HIDROELECTRICA ON THE STOCK EXCHANGE with a percentage of 10% or 15%! It is one of the objectives assumed as Minister of Economy, Energy and Business Environment.”

previousFP: Government shouldn’t get involved in the management of the companies it owns
nextTest by Germany’s motoring association reveals e-cars use more power than dashboards show