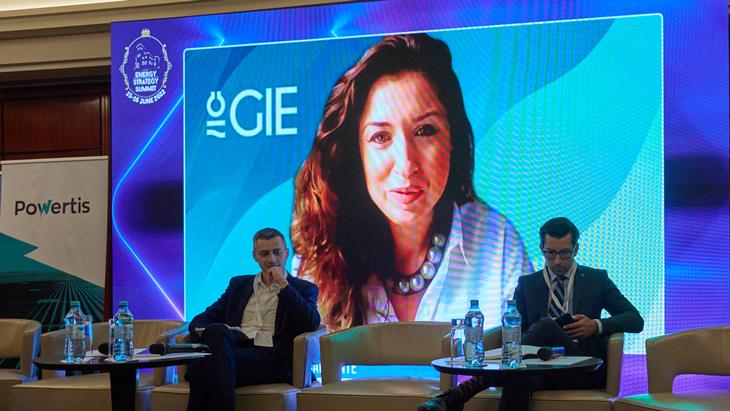 “Today’s world is totally different from four months ago. Because it is only today in Europe that we realize that energy security is like oxygen. You don’t realize how much you need it until you can’t breathe, and that’s what is happening today, and that’s what Europe’s energy security strategy should be about – about cementing Europe’s self-sufficiency through a mix of local, preferably – but not exclusively – renewable energy production, a broad palette of energy types and routes, and strong and secure governance of energy imports. Europe has focused far too much on the domestic market and largely abandoned international trade. This needs to be corrected and Europe’s gas infrastructure operators have all the tools to support this,” she said.

Gas currently accounts for 25% of Europe’s primary energy consumption. In the coming years, the plan is for gas to be replaced by low-emission gases, biomethane or hydrogen in the decarbonization process.

“The growing demand for green and low-carbon gas means that we will need to import, transport, store and export large volumes of gas in various forms. We can do this, but in stages, in the short, medium and long term. In the short term, until winter 2022-23, we are working day and night to overcome this crisis, but we see three pragmatic solutions for Europe to find new sources of gas. These can be brought in from LNG imports from Qatar, the US, or other exporters who have surpluses. It can be from pipeline imports from Algeria or Azerbaijan, or even by increasing domestic production of low-carbon, green gas. LNG operators are already developing new terminals in locations where they can serve the entire European market,” she said.

previousGovernment is considering rationing gas for companies
nextFlorin Frunză, MET: We need specialists, it will not be easy to spend the billions that have been talked about