Acasă » General Interest » Romania: Anti-plastic law does not provide for a transition period for merchants

Romania: Anti-plastic law does not provide for a transition period for merchants 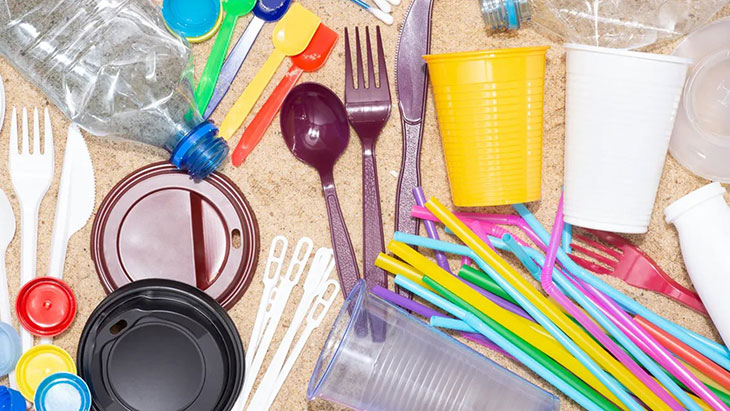 Romania has transposed the European Directive on limiting the manufacture of plastic products, especially single-use products, by two months behind the deadline, and the provisions have a number of shortcomings, such as the lack of a transition period for merchants, Deloitte Romania specialists.

According to Adrian Teampău, director of Indirect Taxes at Deloitte Romania and of Ovidiu Bălăceanu, senior Managing Associate, Reff & Asociaţii – Deloitte Legal, the provisions regarding most contraventions are to be applied in Romania starting with September 29, 2021.

“The regulatory act broadly follows the guidelines set out in the European Directive, in particular as regards the products concerned, but has certain shortcomings that need to be clarified by the implementing rules or even by amending regulatory acts. These include the lack of a transitional period for traders, in the case of obligations that require prior training. For example, the law requires operators who place certain disposable plastic products on the market (beverage glasses and some food containers) to 2023, so that in 2026 there will be a cumulative decrease of 20% compared to the quantity placed on the market in 2022. Even if the first minimum reduction threshold (5%) applies in 2023, the legislation requires operators that sell such products or use them to market their products two obligations that are difficult, if not impossible to comply with in the short term, without a transition period or without expressly linking the applicability of these obligations to the first term of consumption reduction (2023),” it is shown in the opinion material of Deloitte Romania.

According to the source quoted by Agerpres, the normative act introduces other complex and unclear obligations in certain situations for the companies active in the field, so that the authorities have to elaborate the secondary legislation, so as to clarify in advance all the aspects that raise questions, to ensure that operators understand their obligations correctly, completely and on time.

“Practice has shown that unclear legislation often attracts divergent interpretations even from state institutions. For these reasons, there must be early public consultations to discuss all unclear issues indicated by the population, non-governmental organizations and the business environment. Therefore, plastic pollution is undeniably a growing global problem, and control measures must be firm and taken by all nations of the world. But in this approach, solutions must be presented for the companies involved, but also for the final consumers, for which disposable products have become a habit in recent years. In addition, the aspect of the raw material from which many of the products to be replaced will be made, such as wood or maize, should not be neglected, given that they are depletable resources and waste should be avoided,” the two specialists said.

previousLukoil: The fire at the Petrotel refinery did not present any risks
nextRussia is expected to increase its oil exports in Q4