Acasă » Oil&Gas » Lukoil: The fire at the Petrotel refinery did not present any risks

Lukoil: The fire at the Petrotel refinery did not present any risks 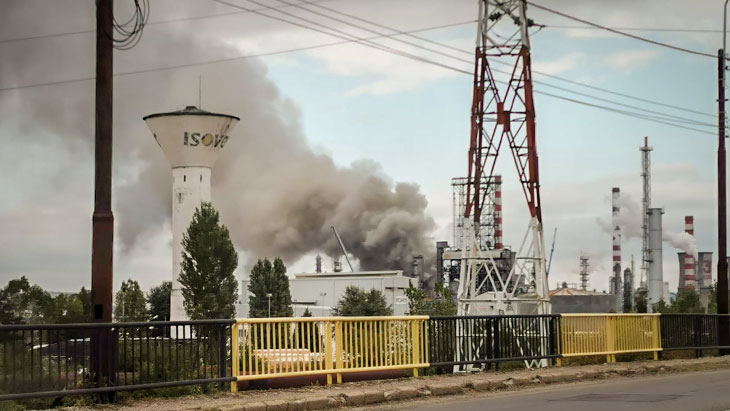 The fire at the Petrotel Ploieşti refinery did not present any risk for the employees and for the inhabitants around the refinery, and the ISU alert procedures generated panic, it is shown in a release of Lukoil.

“Today, September 21, at the Petrotel-Lukoil Refinery, a fire broke out at the Coking installation, a fire extinguished in the first 16 minutes, without victims, without other implications that would pose a risk to employees and the community! Employees and the surrounding community were not endangered any minute. The ISU alert procedures have caused panic, and we want to make sure that there are no risks or overruns on the environmental stations, as employees are operating normally. The causes of this fire are currently under investigation,” say the oil company officials.

At the same time, the National Environmental Guard announced that it has initiated a control action.

At the same time, within the Lukoil refinery, the commissioners of GNM CJ Prahova carry out the control action regarding the verification of the Refinery from the point of view of the specific legislation on risk control, control action ordered by the joint order of Ministers of Environment, Waters and Forests, IAM, Ministry of Public Administration and European Funds.

ISU Prahova previously reported that an area of about 400 square meters was affected by the flames.

About 4 fire trucks, 2 release trucks, 1 escalator, 2 SMURD ambulances and 1 first aid and command truck were mobilized on the spot. Until the arrival of the fire crews, 4 special vehicles from the Private Service of the refinery acted.

previousCarmen Neagu, one of the great personalities of Romanian energy, passed away
nextRomania: Anti-plastic law does not provide for a transition period for merchants