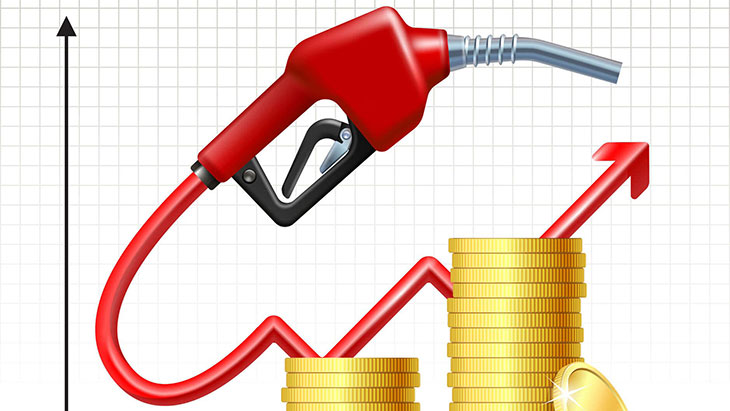 Gasoline and diesel prices are dictated by quotations on international markets, to which are added the taxes, duties and expenses of importing companies, said on Tuesday the National Agency for Energy Regulation of the Republic of Moldova, in a press conference in which it tried to explains the increase in fuel prices in recent weeks, according to Radio Chisinau.

As of September 2, a new methodology for setting fuel prices has entered into force in the Republic of Moldova. According to it, ANRE(M) sets the maximum daily limit for the sale of A-95 petrol and diesel. During this period, gasoline became more expensive by about 70 bani (MDL subdivision) and diesel – by 60 bani per liter, given that prices have risen on international markets as well, being among the highest in the last five years.

ANRE(M) proposed several actions that would ensure more transparency and increase the efficiency of companies. At the same time, experts argue that ensuring market competitiveness would ensure fairer prices.

Gasoline and diesel prices are based on four important components – the purchase price, which is about half that of the pump, the taxes paid by oilmen and the so-called specific trade margin. This represents the expenses incurred by the importing companies, explained in a press conference the director of ANRE (M) responsible for this sector, Eugen Carpov.

In this way, according to him, there is practically no possibility to reduce prices in the current situation, when everything depends on quotations on international markets.

According to Eugen Carpov, there are several tools that could be used by consumers. One of these is for farmers to use the legal provisions and import diesel directly, thus avoiding certain taxes. Oil companies should also make their spending more efficient. In addition, ANRE(M) is developing an application that will allow drivers to identify the best fuel stations.

Another problem, according to the expert Sergiu Tofilat, has to do with the cartel agreements that would exist between the oil companies, protected by certain state institutions.

“We, as consumers, do not have the opportunity to choose, because all gas stations have the same prices. This is given that the stocks at different market operators are different, someone owns the gas stations, someone leases them. This indicates that there are coordinations in setting prices. What we have in Moldova on the fuel market is a cartel agreement protected by the Competition Council and at the political level. And I have vague suspicions that this is not happening for free,” said the expert.