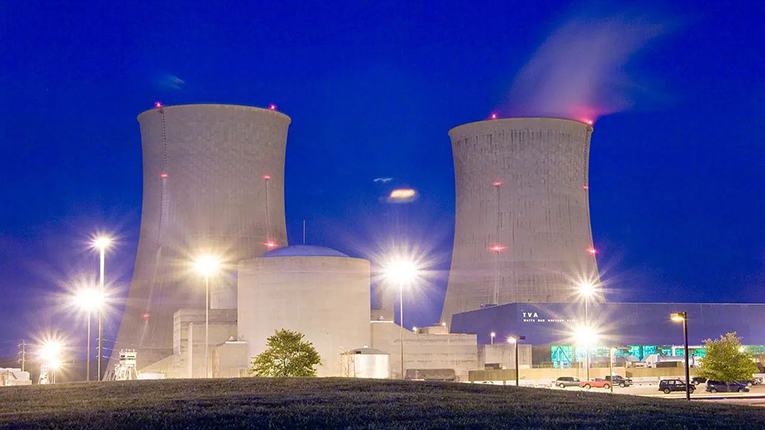 Nuclear power becomes a reserve option for renewables in Europe as well as to help reduce the continent’s dependence on natural gas supplies from abroad, Bloomberg reports.

The global rush to supply natural gas before winter has led to soaring prices, so politicians in the UK are turning to nuclear power to secure energy supply. But natural gas is an important part of the energy mix and eliminating it will not be an easy process. Across the English Channel, France is combining atomic energy with renewables, and although this makes it less dependent on gas imports, rising electricity prices are forcing Paris to call for a less import-dependent Europe.

“It is crucial to be independent. This is true for both France and all European countries. We do not want to be dependent on deliveries coming from foreign countries,” French Finance Minister Bruno le Maire said before the meeting of Eurozone finance ministers.

Nuclear power is expected to play a dominant role in the UK energy system in order to support the intermittent electricity production of renewables, in the plan to phase-out natural gas by 2035. London government on Monday mentioned the high and volatile price of gas as a reason for this strategy.

Among the factors that led to the explosive rise in gas prices is the decline in deliveries from Russia, which fills its own warehouses before winter.

“The more I look at this situation, the more I believe that nuclear energy must be part of the solution. What we need to do in this country is to have a cheap, accessible and sustainable system, and something we can base ourselves to protect us from international price movements,” said UK’s Environment Minister Kwasi Kwarteng, according to Agerpres.

Nuclear power has been dominant in France for several decades and the authorities intended to reduce this dependence by increasing the share of renewables. But the benefits of a low-carbon system are not being passed on to the economy in the current energy crisis. On Monday evening, the reference prices in France for electricity reached a record level of 152.40 euros per MWh.

previousTheodor Livinschi (partnerg-i): A stress test of next year’s energy budget is mandatory
nextFive countries, including Romania, propose a 5-pillar approach to gas and electricity prices