Luminița Odobescu: Romania is a deeply pro-European state, the benefits of EU membership are undeniable 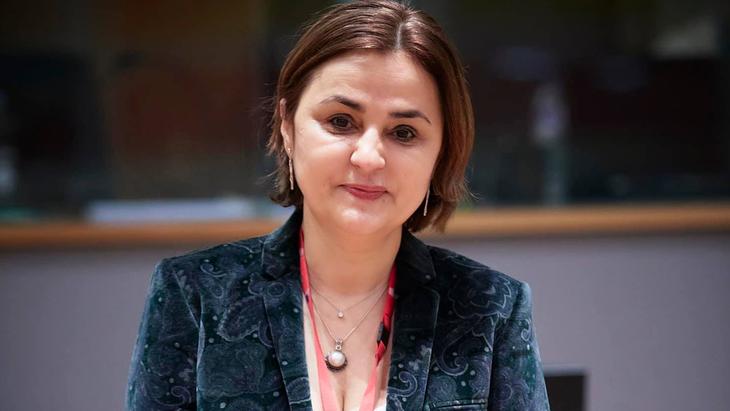 In a public message, Luminița Odobescu shared some thoughts at the end of her term in Brussels.

“‘From the moment you get to a place, the departure also begins to take shape,’ is an aphorism of a French writer that I have often thought of. Because departures and partings are part of a diplomat’s life. Either you leave Romania to represent your country on a mission abroad, or you end your mission abroad – as is my case now – to return to other challenges.

There would be a lot to say about these years and that is why I will not say too much because it is difficult to make a selection. But what I want to say is that I am extremely honoured because I was able to represent Romania next to the European institutions during this period. They were extremely dense years, with a lot of work, in complex conditions, with many crises and difficult moments. I had the honour to represent Romania at the European Union on the occasion of the first Romanian Presidency of the EU Council. A unique moment in the life of any diplomat and even more so when the results were visible and appreciated. And it’s hard to describe in words the feeling you feel in the face of such a challenge, as well as the joy you feel when you see that the team you are part of has contributed to finding a solution at the European level, to draft a directive that will have a direct impact on our lives, to define a compromise on a sensitive issue. That is why I want to thank from the bottom of my heart the colleagues from the Representation, from the Central, from the Presidential Administration and the Government and from the ministries who contributed to the success of this first Romanian presidency of the EU Council.

Today’s Europe is different from what it was a few years ago. However, it is said that Europe is always progressing after the crises, and I am convinced that the same will happen again. The fact that we have managed to jointly approve the most important relaunch plan since the European Union has existed is the most recent concrete step in this direction. But there are many more examples. Romania is a deeply pro-European state, and the benefits of EU membership are undeniable. And for us, those who believe in Romania and the European project, the work is and will remain a continuous one.”

Corneliu Bodea, president of the Romanian Energy Center Association, thanked Luminița Odobescu for the “essential support” she offered to the association “in the efforts to represent the energy industry in the European Union.”

Luminița Odobescu is the winner of the first edition of the “Mihnea Constantinescu” Award for excellence in public service, offered by Energynomics in 2019, for coordinating the Romanian Presidency of the Council of the European Union (January – June 2019). The Romanian Presidency has taken an important step towards adopting a revised form of the Gas Directive, extremely important for strengthening the European Union’s energy security, by introducing guarantees that the Energy Union rules will also apply to gas pipelines to and from third countries.

previousGreen energy producers: We do not know how Law 259 applies, we are waiting for the norms, the consequences could be disastrous
next2 weeks for investors interested in CE Oltenia projects