Acasă » Electricity » Ioan Iordache, ICSI: We can offer technical solutions, we have the knowledge, including in hydrogen storage

Ioan Iordache, ICSI: We can offer technical solutions, we have the knowledge, including in hydrogen storage 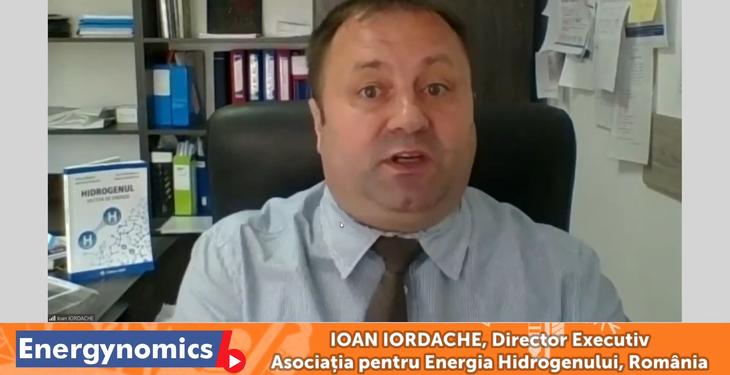 Discussions on hydrogen have been drawn along with the evolution of the Green Deal in its current form, and Romania is in line with the European trend dictated by the Green Deal.

“There is already this conversation about a hydrogen society, not just a hydrogen economy. We have been lobbying for H2 since 2012 – and we gave the first signal to the Department of Energy in a letter; later we had discussions with the authorities and various companies in Romania. We also had some contributions in some actions. We brought, for example, hydrogen vehicles to Timișoara, and the citizens were able to drive them. In 2018, when Romanian held the presidency of the European Union, two hydrogen vehicles and a bus were exhibited at the Bucharest Polytechnic. We take steps in correlation with those of a professional organization. With the Green Deal, the interest in hydrogen has strongly intensified in Romania. Unfortunately, we do not control the momentum, even if everyone is talking about hydrogen”, said Ioan Iordache, Executive Director of the Association for Hydrogen Energy in Romania and ICSI, during the ONLINE conference “Project Hydrogen – the Romanian debate”, organized by Energynomics.

The Institute in Râmnicu Vâlcea is focused on three scientific research directions. Thus, the National Institute for Research and Development for Cryogenic and Isotopic Technologies – ICSI carries out work in the nuclear field – the heavy water, in the field of environmental analysis and the hydrogen and fuel cell segment.

“At the ICSI, we can offer technical solutions and we have the knowledge, including in hydrogen storage. We were part of a European project in which we made a map of hydrogen storage in salt caverns. Our country has capabilities that we can use. Also, the Association is trying to gather around it the scientific community in Romania”, he added.

“Hydrogen, like any new technology, cannot produce money immediately, but it must evolve through some stages, mature so that the hydrogen sector can pay off. Hydrogen is not only an economic element but an important and integrated element of the energy sector”.