Acasă » Opinions » Greenpeace: EU taxonomy will keep us in the age of fossil fuels

Greenpeace: EU taxonomy will keep us in the age of fossil fuels 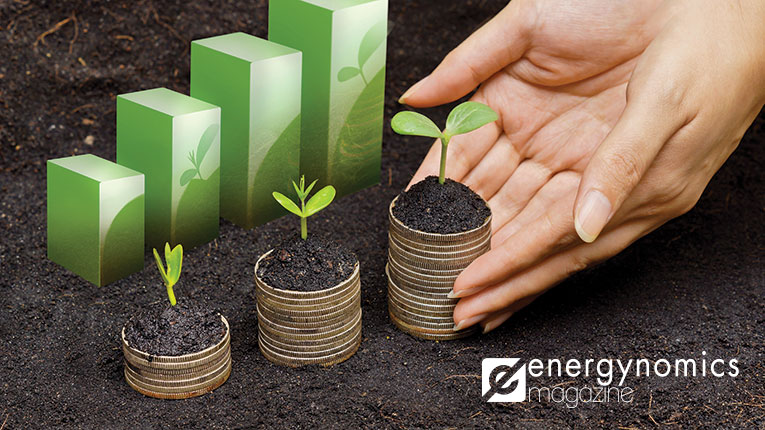 Early February 2022, the European Commission formally presented its proposal to label gas and nuclear energy as green and sustainable economic activities under the taxation regulation. 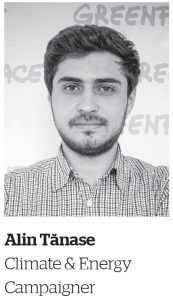 Neither fossil gas, often called natural gas, nor nuclear energy are truly sustainable or green. Fossil gas is now responsible for more emissions than coal at EU level, while the nuclear industry has not yet found a solution to the ever larger problem of nuclear waste or the safety of reactors in times of conflict. Although this proposal has been widely criticized, not only by NGOs, but also by businesses and academia, it has been publicly supported by the President of Romania, Klaus Iohannis, and the Minister of Energy, Virgil Popescu.

In the coming months, members of the European Parliament will have the opportunity to stop this plan by voting against it, after it has been excluded from the process that led to this proposal.

Greenpeace calls on members of the European Parliament to reject it and ensure a taxonomy appropriate to its purpose, one that aims to accelerate the transition to climate neutrality by directing investment towards real solutions such as renewables and improving energy efficiency.

The European Parliament’s vote on taxonomy must be seen in particular in the geopolitical context of this period and without losing sight of the goals of climate neutrality included in the European Green Pact. We need to reduce gas dependence in general, not just think about ways to replace Russian gas.

Greenpeace has long campaigned against gas and other fossil fuels, which are at the root of the climate crisis, pollution, corruption and conflict. The war in Ukraine is yet another disturbing opportunity to remind us how important it is for world leaders to take seriously our ties with fossil fuels and build a safe energy system for all, based on renewable sources.

Romania and the EU have to go through an energy transition to a renewable energy system, but they risk paying for two transitions instead of one – from coal to gas and then through another effort, from gas to renewable energy sources . If we start building a new fossil fuel infrastructure, we are practically sabotaging our long-term energy transition plan and will be stuck in the fossil fuel era for even longer.

For climate, gas is the new coal

In addition to the CO2 emissions from its combustion, gas extraction and transportation are responsible for huge fugitive emissions that produce a significant amount of methane (2.64 billion tons of CO2 equivalent globally in 2016). Methane is a much stronger greenhouse gas than CO2 in terms of its “warming potential”. Over a period of 100 years, a ton of methane generates 28 to 34 times more heat than a ton of CO2. It is even worse in the short term, and the next two decades are crucial for our climate goals and for the chances of keeping the man-made rise in temperature below 1.5 degrees Celsius.

If we look at the 20-year time horizon, methane has a global warming potential 84 times greater than CO2 (according to the IPCC’s 5th Assessment Report).

Methane gas leaks have been identified in Romania, too, following an investigation conducted in 2021 by Clean Air Task Force (CATF) and 2Celsius. The organizations used a special infrared camera capable of detecting the invisible gas escaping from the outdated gas infrastructure in Romania. The results of the investigation showed how the impact of the gas industry on the climate is currently underestimated – invisible methane emissions “escape” from transmission pipelines, rusty storage containers and extraction wells, even in populated areas.

Gas is simply too polluting and unsafe to be a resource for the energy transition. Romania and Europe need to accelerate their plans and jump over the so-called “transitory” fossil gas stage.

This article first appeared in the printed edition of Energynomics Magazine, issued in March 2022.