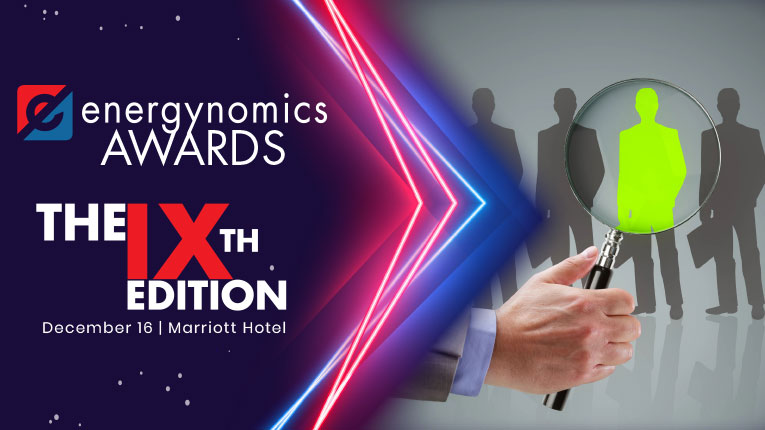 We continue to present the 2021 nominations for the Energynomics Awards, with the Executive of the year category – a category supported by SAS. Three nominations have been submitted to the Jury. Only one of them will be awarded during the Energynomics Gala on December 16th, but every company and everyone involved in these projects deserve our respect and the widest promotion. We thank all the companies and personalities involved in this effort to draw the image of the Romanian energy industry in 2021 through its achievements!

Bogdan Badea, the president of the Hidroelectrica Directorate, showed managerial performance materialized in the contribution to the stability of the national energy system and in the company’s financial results in 2021.

Beyond the financial results, Hidroelectrica continues its modernization and acquisition projects, as well as plans to strengthen its presence on the renewable energy generation market.

Cosmin Ghiță, the general manager of Nuclearelectrica, proved his managerial performance materialized in a considerable number of indicators, operational and financial, as well as by strengthening the company’s international footprint.

Nuclearelectrica is positioning itself favorably in terms of corporate governance, capital market, financial results, operation and production, simultaneously with the acceleration of major investment processes and the strengthening of international partnerships. Among them, we mention the continuation of investment projects – refurbishment of Unit 1, detritification installation by identifying the financing structure and involvement of EBRD, Cobalt 60 production project – and accelerating international cooperation efforts to expand the capacity of Cernavodă NPP (Units 3 and 4 project ), but also the active involvement of the company in international projects based on MoUs: USA, Canada, France, the NuScale project on small modular reactors, the Cobalt 60 project.

Nuclearelectrica obtained a net profit of 640.6 million lei, in the first 9 months, by 34.1% more than last year, and only 6% below the profit obtained for the whole year 2020. 86% of production was sold on long-term supply contracts, with an average selling price of 250 lei per MWh with Tg included.

Since 2005, Liviu Rotaru has been the manager of the Control Systems Department within Distribuție Energie Oltenia. Liviu Rotaru provided the management of the first two years of introducing a modern and unique SCADA system, to cover the entire area of activity of the company (7 counties). Currently, the SCADA system of the Distribuție Energie Oltenia integrates 108 power stations and more than 1,300 field equipment.

Apart from the SCADA implementation project, Liviu Rotaru is an important part of other essential projects in the company. One of these is the dispatching project of CE Fântânele-Cogealac (the largest onshore wind farm in Europe) by the Pitesti dispatcher. Liviu is also involved in the project to create reserve dispatchers for critical situations.
In addition to the horizontal development of the SCADA system, by integrating new equipment into the system, the way of vertical development is investigated, by using historical or real-time data in systems for analyzing and optimizing the operation of the energy system. This is materialized by initiating and implementing an ADMS (Advanced Distribution Management System), a consistent project that follows the digitalization trends of the company’s processes.

previousYoung Energy Professional – 2021 Energynomics Awards nominations
nextUniversal energy tariffs increase by up to 85%, the transfer in bills will take place only from April