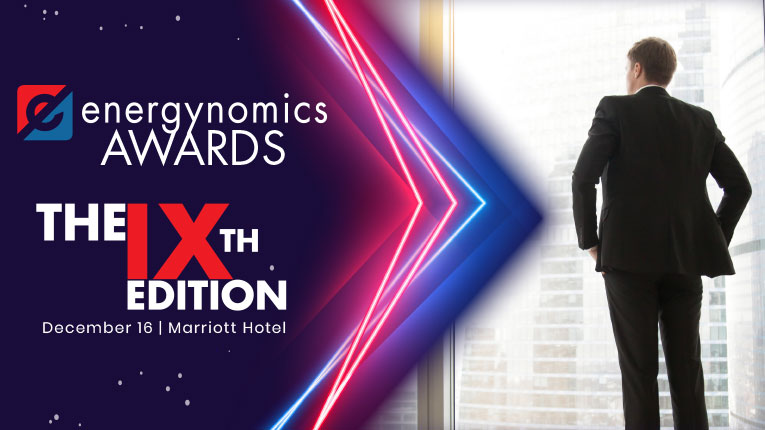 We continue to present the 2021 nominations for the Energynomics Awards, with the Young Energy Professional category – a category supported by Phoenix Contact. Three nominations have been submitted to the Jury. Only one of them will be awarded during the Energynomics Gala on December 16th, but every company and everyone involved in these projects deserve our respect and the widest promotion. We thank all the companies and personalities involved in this effort to draw the image of the Romanian energy industry in 2021 through its achievements!

Adrian Săcuiu, software engineer, 28 years old, founded in 2016 the company VOLT EVSE Distribution. Octavian Roșca, 28, an energy engineer, later joined the company’s management. Together, the two created a software solution that reduces the generation time of a technical project for the ElectricUp financing program from a few days to just a few minutes. The software solution is in the process of optimization, following to automate the elaboration of projects for an extended series of financing programs in the field of renewable energy. The company has 40 files admitted under the Electric Up program, all it has submitted.

In 2021, VOLT contracted the execution of photovoltaic projects of 7.6MWp with delivery in 2022, among the largest capacities initiated by a supplier of photovoltaic systems in Romania, during one year.

Bogdan Leu, senior engineer in the Technical Directorate, Energy Efficiency and New Technologies, is responsible for the DigiTEL Smart Vision Pilot project and coordinates an implementation team of about 20 people.

The project aims to increase safety in the operation and maintenance activities of the 400/110/20 kV Domnești power station by using Augmented Reality digital technologies.

The 400/110/20 kV Domnești power station represents a critical node in ensuring the safety of SEN, and a good training of the operative personnel and the possibility to ensure the technical support in the operation / maintenance activities represent a particularly important aspect in order to avoid negative consequences on RET.

33, Costinel Gheorghe has already some achievements in the area of power grids, development of internal systems and processes meant to streamline and digitize the company’s activity. Since he was 20, Costinel has been working in the Control Systems Department of Distribuție Energie Oltenia. Since 2009 he has joined the implementation team of the new SCADA system in the company. In 2011, he was an important member of the team that took over in SCADA of CEE Fântânele-Cogealac and CEE Verbund. Currently, Costinel Gheorghe is an important part of the project team for reducing SAIDI, SAIFI in the low voltage network by implementing modern and efficient automation.