Acasă » Electricity » Energy Minister: We are not closing any coal-based electricity production unit

Energy Minister: We are not closing any coal-based electricity production unit 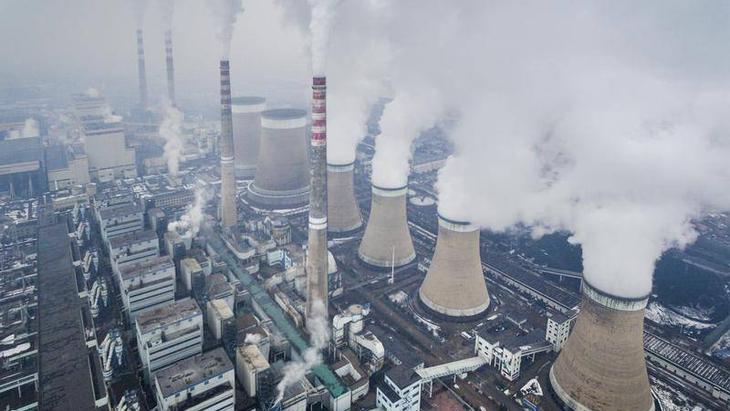 Romania is not closing any coal-based electricity production plant, the Energy minister, Virgil Popescu, announced on Facebook on Tuesday.

“We are not closing any coal-based electricity production unit, but, on the contrary, we are investing in modernization and preparing for the future. That is why I want to thank my fellow deputies for the votes to adopt the law for the approval of the Government’s Emergency Ordinance no. 108/2022 regarding the decarbonization of the energy sector,” Popescu wrote.

This law establishes measures to mitigate the social consequences of the closure and conservation of lignite and coal-based electricity production capacities and related quarries and mines, establishing the sources of funding for state aid measures, as well as measures for the coordination and the implementation of the decarbonization process.

“Important to remember: For the purposes of this emergency ordinance, the technical reserve means the power reserve provided in order to replace the unavailable groups for which there are electricity contracts or to be at the disposal of the transport and system operator, the National Company of Transport al Energiei Electrice Transelectrica – S.A. for situations in which the adequacy of the national electrical energy system cannot be ensured through the electricity market,” the minister stated.

He explained that, according to the Restructuring Plan of the Oltenia Energy Complex, approved by the European Commission through Decision C(2022) 553 final of January 26, 2022, for which financing was obtained from the Modernization Fund in the amount of 897 million euros, with the participation New investments in natural gas capacities and renewable energy sources will be made at the Oltenia Energy Complex.

“The coal-based electricity production capacity within the Hunedoara Energy Complex, namely the Paroşeni 4 energy group, with an installed capacity of 150 MW, will ensure, until the end of 2030, the neutralization of coal resulting from the works of putting safety of coal deposits,” the official also wrote, according to Agerpres.

He thanked fellow deputies for the adoption of the Law for the approval of the Government’s Emergency Ordinance no. 73/2021 and for the amendment and completion of Law no. 193/2018.

“Thus, measures are adopted for the valorization of uranium concentrates from the safety and consumption stock, established in the period 2009-2011, under the private ownership of the state and under the administration of the National Uranium Company – S.A., through the sale by the Romanian state, through Ministry of Energy, to the National Company “Nuclearelectrica” ​​- S.A., as well as the amendment of Law no. 193/2018, in the sense of eliminating the exclusive rights conferred by the National Uranium Company – S.A. (CNU). It is a law related to the decarbonization of the energy sector, because decarbonization is not possible without nuclear energy. And yes, we are also investing in the development of Romania’s civil nuclear program to ensure our independence and energy security,” added Popescu.