Acasă » Uncategorized » Enel, re-included in the FTSE4Good and Euronext

Enel, re-included in the FTSE4Good and Euronext 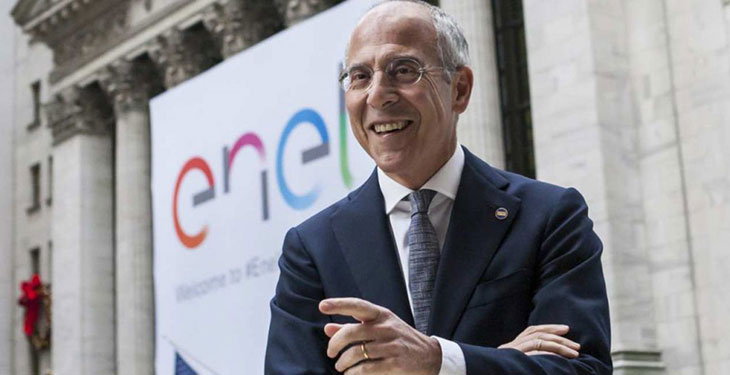 Enel was confirmed once again in the FTSE4Good Index Series, which ranks the top global companies in terms of environmental, social and governance (ESG) practices and transparency, following FTSE4Good’s review of the first half of 2021. The company was also confirmed in the semi-annual review of the Euronext V.E (Vigeo-Eiris) World 120 index.

Twice a year, the Euronext V.E World 120 index lists the 120 most sustainable companies out of the 1,500 largest companies in terms of free-float market capitalization in North America, Asia-Pacific and Europe.

Enel also maintained its place in the regional Euronext V.E Eurozone 120 and Europe 120 indices, which respectively list the 120 most sustainable companies out of the 500 largest free-float companies in the Eurozone and Europe.

“Enel’s business model, which embraces sustainability as its core value, embedding it across our entire value chain, has been recognized once again by two of the financial market’s most relevant indices that track companies’ performance on environmental, social and governance topics,” said Francesco Starace, Enel CEO and General Manager. “We are committed to foster sustainable development in all the countries where we are operating through the promotion of businesses and technologies that contribute to addressing the most prominent challenges facing society, such as climate change, as the only pathway to create value for all our stakeholders and maintain our leadership position.”

Both FTSE4Good and V.E awarded Enel’s commitment to embed ESG practices into the business strategy along its entire value chain. FTSE4Good highlighted Enel’s practices and transparency on a wide range of topics, including climate change, biodiversity, health and safety, human rights, corporate governance and tax transparency, among others. At the same time, V.E, whose rating ranked Enel as the best performer in 2020 among nearly 5,000 companies assessed across all business sectors, recognized Enel’s outstanding performance in the development of its environmental strategy, managing its human capital and fostering good governance practices.

This outstanding performance and position is also extended to other listed Enel Group companies, such as its Spanish subsidiary Endesa, which renewed its position in the FTSE4Good index and in all the three indices of V.E. Enel Américas and Enel Chile, Enel subsidiaries that operate in Latin America, were also confirmed in the FTSE4Good Index.

The Group is increasingly attracting the attention of Socially Responsible Investors, whose stake in the company is steadily growing, representing now about 14.6% of Enel’s share capital, more than double compared to 2014 levels. This increase, which is in line with the growing recognition of the importance of non-financial elements in the creation of long-term sustainable value, reflects the bolstering of Enel’s global sustainability leadership.

previousThe latest issue of Energynomics Magazine is released on Thursday, June 17, at the 2021 Energy Strategy Summit!
nextAEI: Gas apartment plants should not be banned