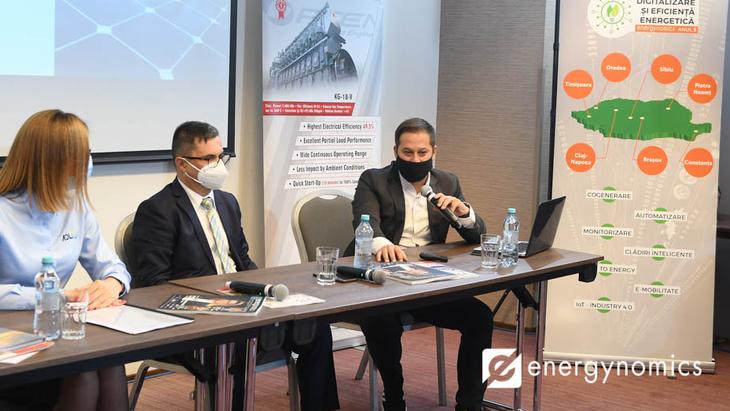 Wiren operates mainly in the photovoltaic industry, but can also offer solutions in terms of energy efficiency through storage or smart management of energy produced, said Dor Marian, CEO of Wiren Romania, during the conference “Digitalization and Energy Efficiency – Oradea”.

“We promote production, and, for the most part, in this new period of rising prices, self-consumption. It allows us to be as efficient as possible, to consume as much energy as we can produce on our own. Certainly, public lighting is an interesting subject, because the necessary energy must be used at night. We have solutions for this too; we start from a study on what it means to centralize the entire lighting system, to produce energy from renewable sources, to store it through batteries and to use it in the system during the night, to have available the light needed by a city.

The area of applicability on the solar generation side is phenomenal, and the decentralized energy solutions can be applied both in the residential segment and in the industrial parks – Dor Marian, CEO Wiren Romania

There are many more solutions we have thought of, from public transport to lighting. For the most part, we have focused on rooftop PVs. Our studies are mainly addressed to the residential, industrial, storage and certainly the projects of solar energy generation”, said Dor Marian.

Wiren has experience both in small solar projects, off-grid, up to 1 KW, and in large projects of hundreds of MW. “such projects will begin to appear in the years to come here in Romania, for sure. For Oradea, normally, if we take into account the entire surface of roofs in the city, only in the residential area, we identified somewhere between 9 and 10 thousand houses that could have photovoltaic installations”, he said.

If these investments were made in the next 10 years, annual production of about 100 GWh would be achieved, which would cover almost 50% of the energy consumed. A normal house with monthly consumption of 3-400 KWh and a monthly bill of 75 euros, might have an installation of 6kWp capacity. It consumes 50% of the energy produced and injects the rest into the network.

Significant savings result, after investments made in the prosumer support scheme. “Depreciation is made in a maximum period of 7 years, and the lifespan is 25 years. The same study applies to warehouses and small companies, with consumptions of up to 100 kWh. In the industrial parks of Oradea there is certainly an enormous potential to produce energy, especially considering that [ADL Oradea has] the distribution license, and the energy can be supplied to customers and factories in the parks, reducing bills, based on green energy”, he added.