Acasă » Electricity » Aurel Nicodin (Celestica): We are working on a 1.6MW photovoltaic park, a trigeneration and geothermal energy project

Aurel Nicodin (Celestica): We are working on a 1.6MW photovoltaic park, a trigeneration and geothermal energy project 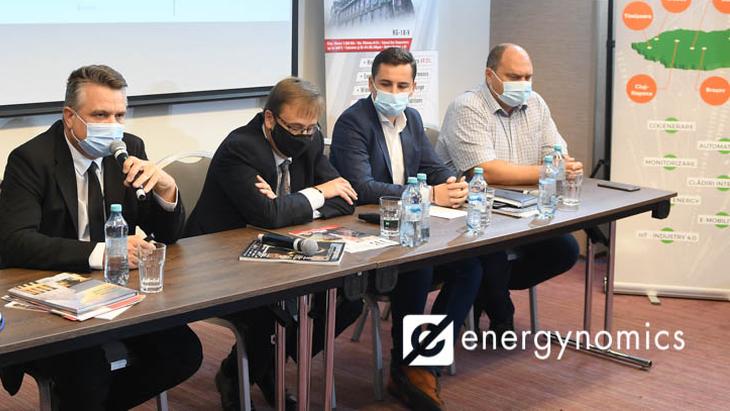 Celestica, a multinational company headquartered in Toronto, Canada, is present in over 30 locations in the Americas, Asia and Europe. Operations in Oradea began in 2005, said Aurel Nicodin, Energy Manager, Celestica, during the conference “Digitalization and Energy Efficiency – Oradea”. The company has a 1.6MW photovoltaic park planned and has already carried out numerous measures to make consumption more efficient, he said.

Under the new photovoltaic project with an installed capacity of 1.6 MW, a reduction in grid consumption of 2,611 MWh / year or 13.6% of annual consumption will be achieved, and the depreciation will be obtained in just 6 years. Celestica also plans a project in trigeneration, still under analysis. “We intend to combine trigeneration with the use of geothermal energy at a site close to us, 800 meters away,” said Nicodin.

Celestica Oradea has 1,600 employees and serves over 20 customers in the field of electronic equipment manufacturing. Celestica divisions operate in the renewable energy, industrial sector, data storage servers and the medical field. Its activities include complex electronic board printing, electronic board repair services and automatic assembly. The plates are tested in analysis and defect laboratories.

Celestica is working on a project, Digital Pro, to train 400 employees, financed through European funds.

The Oradea factory annually consumes about 1,600-2,000 tons of oil equivalent (toe), 50% of consumption for production and 30% for utilities. “Through efficiency measures, we ended up in 2014 reducing consumption below 1,000 toes. Since 2018, we have expanded the factory, which has increased consumption to 2,145 toes. By introducing other efficiency measures, consumption began to decline thereafter. Thus, in 2020, the consumption reached about 1,600 toes. “There is room for energy efficiency improvements. We are going to improve PMS systems by introducing new systems. In recent years, we have refurbished the factory with new installations, obtaining energy savings. We have implemented measures to recover the heat from the compressors, from liquid nitrogen, using the energy for the cooling system of the factory”, he added.

At the same time, Celestica carried out projects to digitize the units, which helped to streamline production. The implementation of the HIM digital project led to savings, but also the improvement of the production process by signalling errors. At the same time, the digitalization and automation of materials transport and order management has been introduced.