Digitalization is essential for the energy system – Silvia Vlăsceanu (ACUE), at DigitALL 2021 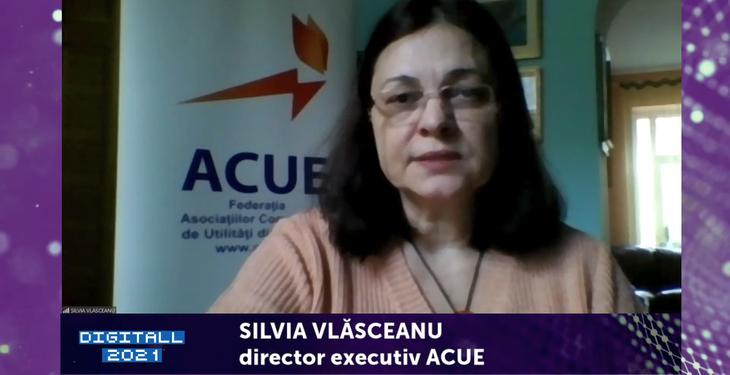 Digitization is an important process for the energy system, both for efficient exchange of data between operators in the process of switching suppliers, and also for the customer relationship, in order to enhance the quality of the services provided.

Silvia Vlăsceanu, the General Director of ACUE, said at the conference DigitALL 2021, organized by Energynomics, that 2020 demonstrated how important digitalization is and how interconnected the economic sectors are. “Digitalization can be seen as a plus of the pandemic period. Looking back, it would have been good to have met the target of 80% of smart meters deployed at customers in 2020, as originally stipulated by Energy Law 123/2012, which transposed an European Directive. We would have had a lower risk exposure of the people reading meters in the field, and the exchange of data would have been more efficient. In 2018, the law was amended and a derogation was obtained because Romania was considered unable to meet the target; the new deadline is December 31, 2028 for domestic customers. Installing smart meters and integrating them into smart systems would have also meant fewer bills with estimated energy consumption and real-time customer access to their actual consumption data.”

Silvia Vlăsceanu mentioned that digitalization is also important to facilitate the switching of supplier process, which is intended to be carried out in 24 hours, starting with 2026. “I have no information that the Parliament or ANRE will consider accelerating the installation of smart meters. ANRE has a European funds financed project to create a platform to facilitate switching of supplier within 24 hours, but this project is a long-term one. In ACUE we have developed, in a working group involving both distribution operators and power suppliers, a guide whereby we have standardized the steps of the switching process as a unitary template. We discussed it and we agreed on it, AFER included, and then we sent it to ANRE, more than a year ago, in order to submit it for public debate and to be accepted by the market. It would have been useful, before the [ANRE, e.n.] portal was established, to have a unified procedure agreed upon by the entire market. Unfortunately, ANRE has not yet launched this procedure in public debate”.

DigitALL 2021 was organized by Energynomics, in partnership with reputed organizations such as AHK Romania, CIO Council, BusinessMark with the support of our partners: ABB România, ACE – Industrial Software Solutions, Enevo Group, Safetech Innovations.

previous2025 – the new window of visibility for electricity prices
nextCristina Prună: We have found solutions to unlock the PPA-type contracts