Cristina Prună: We have found solutions to unlock the PPA-type contracts 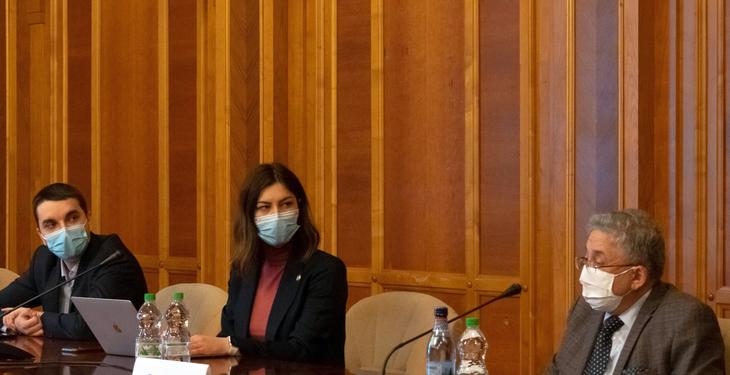 “The PPA-type contracts are an opportunity to attract investments in the energy sector, especially in the green energy sector,” said the Vice-President of the Chamber of Deputies Cristina Prună. On Friday, she organized a round table at the Parliament Palace on the legislation on power purchase agreement (PPA) contracts for the energy sector.

“In today’s discussion we managed to identify the legislative problems we face in order to unblock the PPA contracts in the market, but also to identify the actions for solving them,” Cristina Prună said in a Facebook post. “This tool is frequently used in Western countries to encourage investment. In addition, Regulation (EU) 2019/943 encourages long-term contracts outside the regulated markets. In Romania, there has been no such possibility in the last 8 years, due to restrictive laws that were needed at the time to block the fraudulent energy contracts signed by ‘smart guys’ with state owned companies”, Cristina Prună also wrote.

Along with bankers and lawyers, Vlad Sincă was present at the debate, who was designated for the post of State Secretary at the Ministry of Energy. From the Association of Energy suppliers of Romania – AFEER attended the president Ion Lungu and Cristian Culea, Member of the Association’s Steering Board. “We welcome and appreciate the initiative of Cristina Prună to organize such debates as they are necessary and useful. These are important energy topics that need to be debated before laws are adopted in Parliament. AFEER has been a constant supporter of the long-term bilateral contracts, as they open up new opportunities for the Romanian electricity market by making wholesale transactions between market operators more flexible”, said Ion Lungu.

The Vice President of the Chamber of Deputies highlighted that she “will continue to work” so that Romania would not miss out on investment opportunities “which it so badly needs in the energy sector, and for predictability and stability to become reality”.