Acasă » Uncategorized » Consumption and record-prices on the electricity market, amid the heat wave

Consumption and record-prices on the electricity market, amid the heat wave 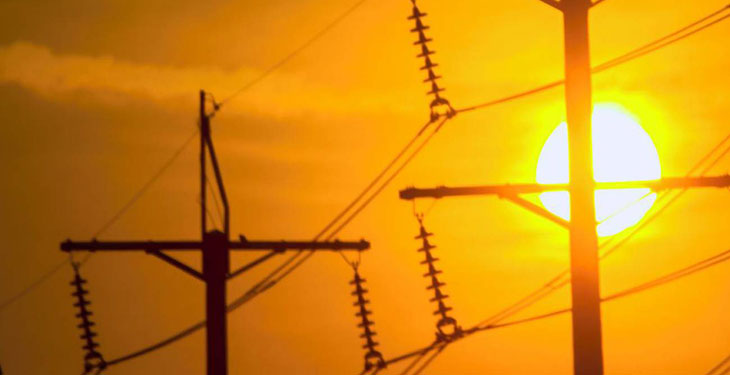 The country’s electricity consumption reached a record level of 8,865 MW on Wednesday – meantime consumption, between 13:00 and 14:00, Transelectrica announced on Thursday.

The average daily consumption was of 7,503 MW, 29 MW higher than the average consumption of July 15, 2021, when the previous record was set. At the same time, the price of energy on the Day Ahead Market with delivery on Friday had a record average of 645 lei per MWh, according to the data of the exchange operator OPCOM, quoted by Agerpres.

This against the background of extremely high temperatures these days, consumption reaching record values for the summer period.

In addition, Unit 2 of the Cernavoda power plant was automatically disconnected from the National Energy System on Wednesday evening, as a result of a transient in the energy system, which affected the classic part, without affecting the nuclear safety functions of the unit, announced on Thursday Nuclearelectrica.

Also at the level of Bucharest municipality and Ilfov county, the electricity consumption registered on Wednesday historical maximum values for the summer season, respectively an instantaneous consumption of 1,470 MW, at 15:00.

The previous record consumption in the area of the Capital and of Ilfov County, during the summer, was registered on June 30, 2021, when the maximum instantaneous value was 1,349 MW.

The average electricity consumption achieved at national level on Wednesday, July 29, 2021, was covered by domestic production (6,787 MW) and imports (716 MW).

“During this period, with a lot of maintenance work, both internal and external, Transelectrica ensures a significant cross-border capacity with the countries with which it operates interconnected – Bulgaria, Hungary, Serbia and Ukraine – of 2,100 MW for the exports from Romania and 2,250 MW to imports in Romania,” it is shown in the release.

Taking into account the weather forecast of the heat wave, the National Energy Dispatcher estimates similar values of electricity consumption for the next working days.