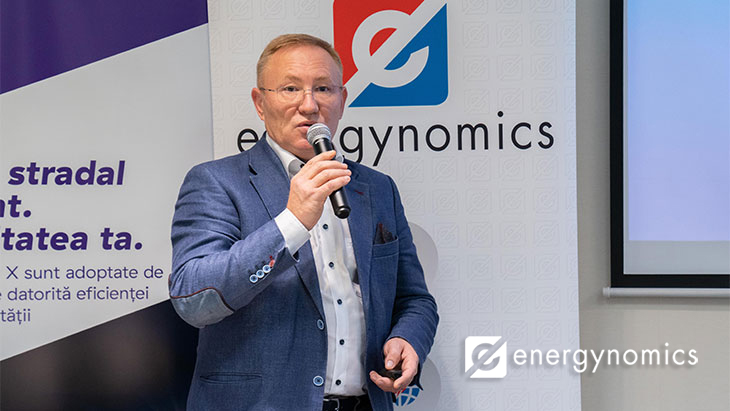 The developments of the last two years in electricity and gas prices have created an “electroshock” for companies producing goods and materials because they have created a state of unpredictability that continues to manifest itself even today. As a result, the company plans to install solar panels in all four factories in Romania, said Adrian Mînzat, general manager of construction materials manufacturer LEIER-Brikston.

“Following all these events that happened on the energy market in recent years, we and not only us, received an electric shock because we were used to having predictability of production costs. For two years, however, we have started to face unpredictability and things continue. The electroshock caused us to remain in the wind in terms of energy prices but also from the perspective of state regulations in terms of supporting large energy consumers in Romania. Considering our consumption, we realized that we had to do something”, said Mînzat, at the conference “Sustainable Communities – Iasi”, organized by Energynomics and SmartiCity.

“Last year we faced a major increase in the price of gas, and this year a very large increase in the price of energy. Besides the prices, this year we had the surprise of not finding gas on the market. We have had major difficulty simply finding the quantities we need, regardless of price. Finally, we can say that we have overcome this moment and we have the gas needs secured for the next period”, Mînzat added.

The share of energy and natural gas represents 38% of the company’s turnover, an increasing level compared to 29.6% in 2020, respectively 34.5% in 2019. The LEIER Group is active in seven countries (Austria, Hungary, Poland, Slovakia and Romania, Croatia and Ukraine) in the field of production of construction materials, sales and service of premium vehicles, real estate and metal fabrication / mechanical engineering. The company has 40 production units globally, of which four are in Romania.