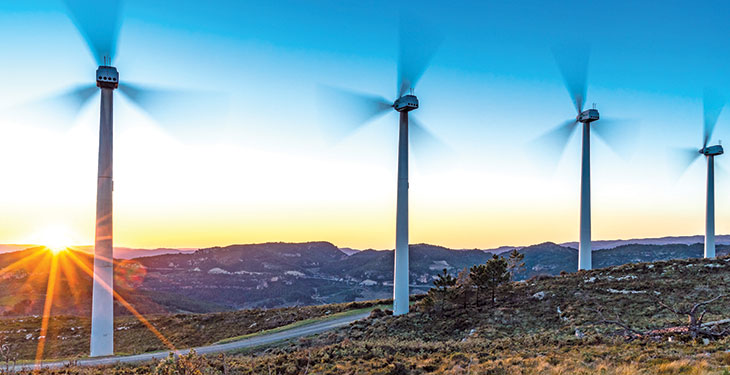 Wind energy recently covered 40% of the country’s consumption, winter being a “happy period” from this point of view, Adrian Borotea, vice-president of the Romanian Wind Energy Association (RWEA), said on Thursday.

“We need absolutely all the electricity production capacities, not only this winter, but also in the next period – and this must be preserved until at least when the new investments come into operation. For more than two years we have been a net electricity importer and we all want to have security of supply, both during the winter period and beyond. From the point of view of wind energy it is a happy time. In winter we have an important production of electricity. Even during the previous period we covered 40% of the country’s consumption,” said Adrian Borotea, according to Agerpres.

He emphasized that investors still have confidence in the regulatory framework in Romania, with all the changes that have taken place recently.

“These plans are also correlated with European funds that must be allocated, following the Modernization Fund, banks are open to financing energy projects. As for the plans for the near future, the first wind production capacities that were put into operation in 2008-2009-2010, they are already thinking about repowering or extending the life span, something that will happen immediately after 2025,” added Borotea.

previousRomania pays 200 mln. euro annually to EU for plastic packaging that it does not recycle
nextCompetition authorizes the takeover of renewable energy companies by Enery