Home»Electricitate»Digitalization»The plans for sustainable development of the big cities should include the expertise of the companies from the very beginning (Brașov, February 25)

On February 25, Energynomics kicked off the fourth series of energy efficiency meetings in the big cities of Romania. In 2020, the focus will be on digitalization solutions in the industry, but also on the energy efficiency for buildings, on increasing the degree of information and involvement of municipalities. Beyond projects and funding sources – this seems to lie the main problem identified by the participants at the conference organized in Brasov by Energynomics and its partners: MET Romania Energy, Kawasaki Gas Turbine Europe GmbH, Klarwin Energy Technology. 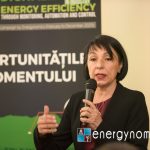 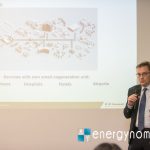 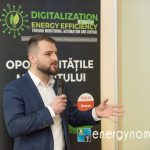 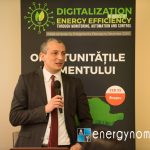 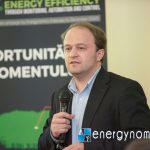 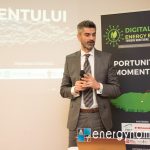 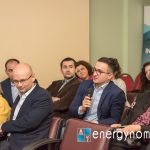 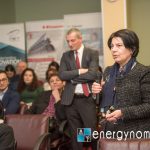 The city of Brașov has many achievements that would be worth more recognition, stressed Camelia Rață, Director and Community Energy Manager at the Agency for Energy Management Brasov – ABMEE, at the opening of the conference “Digitalization and Energy efficiency – the opportunities of the moment”, part of the fourth edition of the Energynomics campaign “Digitalization and energy efficiency in industry”.

A smart, efficient and green city before 2050

”The strategy for 2010-2020 has been implemented to a great extent in Brasov, in respect to buildings and transportation. Since 2010, Brașov has provided electric transportation, and now it has a fleet of electric buses; in a few days another 20 electric buses, 25 trolleybuses and 10 hybrid buses will be purchased. There are changes, but they are slower than we would like”, said Camelia Rață. At the same time, the city of Brașov has a project accessed under the Horizon 2020 program which envisages that by 2050 it will become a smart, efficient and green city. “We talk about the public buildings sector, which is under the authority of the Local Council and for which funds are allocated. Then, we talk about private buildings, where the local administration can have initiatives – since 2005, even before the introduction of a law in this regard, Brasov decided to cut to half the tax in order to encourage efficiency projects in the private sector”. The public lighting was also modernized, the local dispatcher intervening punctually on the conflict points.

In addition, there is this regulation for new buildings, so that they have a single heating system for the building, and no more polluting boilers for each apartment. The regulation is to enter in public debate and it is aimed at reducing pollution. “Brasov is growing, 4,500 families move here every year. Tourism and culture also grow, that is why communication is very important, and I mean especially awareness campaigns”, said Camelia Rață. 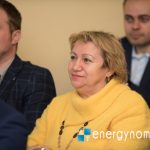 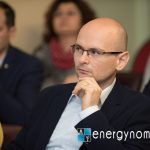 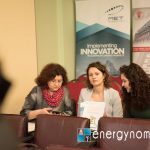 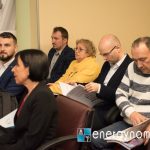 “We know how to build gas turbines and engines in the 1.7-34 MWe range and we can come up with integrated solutions for cogeneration,” he said. Referring to central heating solutions, Athanasovici recalled that Romania has “a transitional fuel called natural gas. Cogeneration is an energy efficient solution, and we know very well how to burn natural gas.” Kawasaki already has installations that can burn hydrogen, in combination with natural gas from 0 to 100%. “Since January 2020, Kawasaki has started series production for 1.7 MWe hydrogen based gas turbines, equipment that can represent feasible solutions for industrial consumers who do not necessarily fall into the energy-intensive category.

For 15 years in the market, Klarwin has developed the concept of total fluid management, looking at the overall activity of its partners, for protecting critical equipment such as treatment plants, steam or gas turbines. 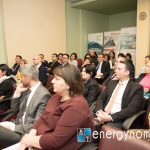 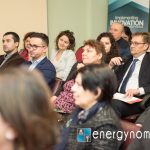 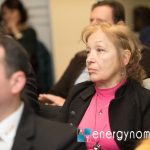 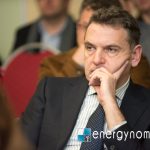 “In order to protect such systems, we carry out a process audit and carry out analyzes in our own RENAR certified laboratory for contaminant analysis, the only one in the Eastern Europe. We analyze contaminants for any industrial fluid and even from industrial parts or components. After the analysis, we move to the area of design-implementation solutions, and then we have the maintenance and after-sales segment. In addition, we can offer training and active consulting on site, at the clients’ premises”, he said, presenting the company’s services.

One of the case studies he presented was a gas turbine with oil leaks in the hydraulic and lubrication system. “The corrective actions identified meant adding new oil and it generated very high costs,” explained Mihai Rânceanu, ”about 12 euros per liter”. Following the audit, Klarwin proposed the recovery and treatment of waste oil through a mobile oil purification equipment that removes water, gases and solid contaminants. “After treatment, the oil was validated for reuse and re-introduced in the system at a cost of 3 euros per liter, which in addition to the availability of the unit also brought an economy of about 20,000 euros,” concluded the representative of Klarwin.

Control Point has answers to the problem of municipal waste

Control Point is a Romanian company established in 2005 in Brasov. Throughout its existence, the company worked mainly for abroad, said Romulus Berdei, general manager of Control Point.

“We have worked in several countries in Europe, Asia and Africa. We are Valmet partners since 2001, in the automation sector, in the field of industrial software applications and hardware design”, said Romulus Berdei before moving to waste management solutions: incineration with energy recovery from industrial and solid municipal waste, respectively waste treatment in a mechanical or biomechanical environment, using anaerobic digesters. The presentation resonated with one of the ideas previously presented by Camelia Rață – by 2030 the current garbage ramps will be closed, the selective collection will play a key role in the waste management system, and the companies in the field will be obliged to report data on the collection status.

Moreover, starting from the following months, the municipality intends to obtain monthly data from waste operators so that, together with the private environment, to start formulate an investment plan to solve the issue of municipal waste in a sustainable manner.

Timely differentiated pricing is the main aspect we can take into account when approaching energy pricing modeling to reduce costs. “This means that the beneficiary has the flexibility to move certain activities during periods of empty demand, in order to benefit from the best prices. That is why we, as suppliers, urge our clients to invest in automation in order to increase efficiency, ”explained the representative of MET Romania Energy.

A second area where action can be taken to reduce the price of energy is to provide the consumer with a better forecast of consumption. “For large consumers with large imbalances, balancing costs can represent even 15% of the energy price,” said Cornigeanu. “These are costs that any supplier must pass on to the final customer.”

“In the area of energy efficiency, the main objective is the efficient use of energy and gas, and the incorporation of efficiency in the installations already in place, but also in the selection criteria for the purchase of new equipment, is a very important objective,” he said. “The first step is to evaluate the energy situation of the company, respectively to carry out an energy audit, through which we can identify optimization possibilities throughout the energy footprint of the company. Then we go into detail on each subassembly, identify areas with losses or low returns in order to improve the inefficient equipment parameters or even replace the respective equipment”. 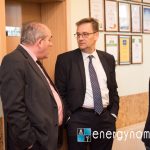 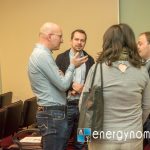 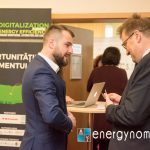 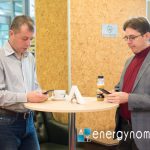 Energynomics organizes, in 2020, the fourth edition of its successful communication campaign for energy efficiency “Digitization & Energy efficiency in industry”, run in Romanian, and aimed at informing and educating the decision makers in the Romanian public authorities and companies – from Start-Ups and SMEs to the largest enterprises. The first two campaigns took place during the years 2017, 2018 and 2019.