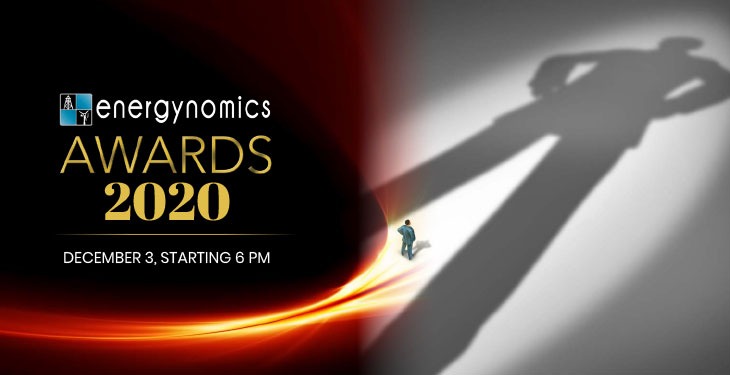 We continue to present the 2020 nominations for the Energynomics Awards, with the Young Energy Professional category. Only one of the experts in the competition will be rewarded at the Gala from December 3th, but each of them deserve our respect and the widest promotion. We thank all the companies and personalities involved in this effort to draw the image of the Romanian energy industry in 2020 through its achievements!

Initiator of innovative solutions, a supporter of active life in the local community and a promoter of the company, Adrian Vintilă coordinates the development of new products and created one of the pillars on which the company’s vision is based – promoting green energy and fighting energy poverty.

Through his activity, Adrian Vintilă coordinated the development in the company’s portfolio of the first green energy supply product 100%, CEZ Green, aimed at both domestic and non-domestic consumers, to which more than 8.000 consumers have already joined. Adrian Vintilă coordinated the project of #SchimbarePeVerde of the children from the Musatesti Gimnasium (Arges county), by which CEZ Vânzare converter the school from power consumer into prosumer. Adrian Vintilă also coordinated the introduction in the company of the first robot using RPA technology. Due to “Dora”, the human effort required to operate IRNs in SAP has fallen by 95% and the error rate is 0%.

Andrei Erghelegiu – Product Manager, Coordinator of the R&D team of the Eximprod Group

Andrei is an enthusiastic young man, involved and dedicated to his activities in Eximprod. He is the developer of the „zero touch deployment” project, which provides remote configuration of transformation stations without human intervention.

Andrei is IoT Business Development Manager at the Eximprod Group, leading the group’s R&D team – Inovium Digital vision. Its main role is to implement projects with ES200, the virtual RTU created by Eximprod which supports the digitalization of electricity networks. He is the technical person requested by Cisco in Industrial IoT projects and the Eximprod representative in the Innovation Labs Romania project.

Engineer Radu Marcu, a graduate of the Faculty of Automatica, Computers and Applied Electronics in Craiova, promotion 2014, showed a special inclination for the implementation of new technologies, from the first contact with Distribuție Oltenia. Shortly, he became responsible for monitoring the automatic import processes of billing readings and validating the implausible reading lists. Since 2015 Radu has been involved in the pilot project 3 AMM to install over 20 thousand smart meters in Craiova, a project which opened up his professional development prospects.

Until 2020, Radu Marcu coordinated testing activities new solutions from BPL to PLC, interoperable technologies G3 and Prime, meters from various international manufacturers, actively participating in defining the PRIME solution as an acceptable solution for Distribuție Oltenia in the implementation of smart meters.