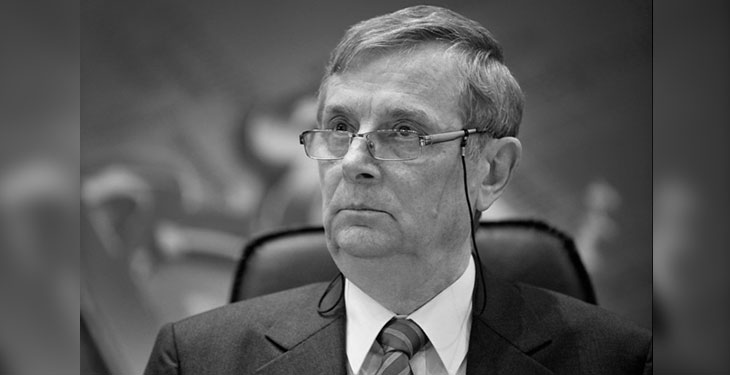 The management and employees of CNTEE Transelectrica SA pay a last homage to Mr. Octavian Lohan, one of the best professionals in the sector for the last 30 years, who contributed significantly to the interconnection of the National Electric Power System to the European electricity transmission network.

Octavian Lohan led the National Energy Dispatcher, the heart of the National Power System and participated, with a remarkable technical sense, in stages of modernization of electricity transmission facilities.

A special memory recalls the establishment of the National Electricity Transmission Company Transelectrica SA, a company that was part of the soul of Mr. Octavian Lohan and to which he dedicated his work and, especially, a lot of love.

Mr. Lohan has dedicated his entire career to the National Power System, where he has become a professional reference for all those who have had the chance to collaborate with him. His experience has been impressive and throughout his career he has been an active part of the great changes in the energy sector over the last 40 years. It operated the National Electric Power System before 1989, in the extremely difficult operating conditions of that time. Subsequently, he was involved and coordinated, with outstanding performance, in all the transformations that took place in the energy sector in general, and in the SEN in particular, after 1990. Thus, Mr. Octavian Lohan participated in the interconnection processes at the European electricity network and the connection of the two European synchronous zones, to those of the implementation of the electricity markets, of coordinated operation and of the integration of renewable resources in the SEN, managing each stage at a high level of performance.

Over time, Mr. Octavian Lohan has left his mark on the development and modernization of SEN and CNTEE Transelectrica SA, from various management positions: Director of the National Energy Dispatcher, Director of UNO-DEN Division, General Manager, Deputy General Manager and member of the Management Board.

“The loss is a painful one for the specialists from CNTEE Transelectrica SA, because from him we all learned not only what it means to be a good professional, but also what it means to fulfil with love and dedication the profession you have chosen”.

previousANRE fined DEER for non-compliance with the legislation on connecting prosumers
nextF. Dragu, BNR: Investments in green projects could mean an increase of 5.7% in economic growth