Acasă » Electricity » Timmermans: Record electricity prices are an argument for speeding up the energy transition

Timmermans: Record electricity prices are an argument for speeding up the energy transition 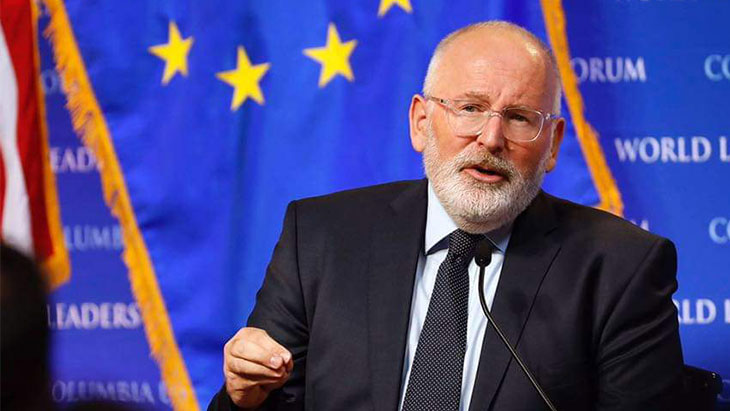 Record electricity prices in EU member states now show that the bloc must give up fossil fuels and speed up the transition to green energy, European Commission Vice President Frans Timmermans told Reuters.

The Green Deal aims to modernize the economy of the EU bloc so that it reaches zero greenhouse gas emissions by 2050, a goal that will require large investments in energy and low-carbon infrastructure.

“If we had a Green Deal five years earlier, we would not have been in this position, because we would have been less dependent on fossil fuels or natural gas,” Frans Timmermans told the European Parliament in Strasbourg, according to Agerpres.

Even though fossil fuel prices have risen sharply, Timmermans points out, costs for renewable energy production have remained low and stable. This should encourage the EU to speed up its energy transition to ensure that more citizens have access to cheap renewable energy, he said.

Prices for pollution certificates, which also have an impact on the cost of electricity, have reached record levels this year, but Timmermans said they were not the main culprit for the energy price explosion. “Only about a fifth of the price increase can be attributed to rising CO2 prices,” the European Commission vice-president said.

In order to lower electricity prices, the Madrid government decided in recent days to cap gas prices, reduce taxes and redirect the profits of energy companies. The Spanish government also plans to auction off 3.3 Gigawatts of renewable energy capacity, betting that the construction of new facilities for clean energy production will lead to lower prices in the long run.

previousElectricity and gas have risen the most during the last year
nextTurcan: Vulnerable consumer law, urgently sent for promulgation to the president