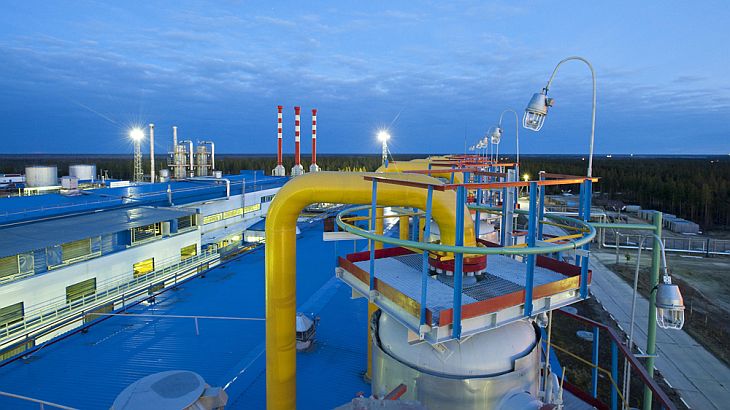 Authorities in Romania seem to not know exactly neither the purpose nor the extent to which the money from the tax revenues resulting from the liberalization of gas prices are collected. President of the Energy Regulatory Authority (ANRE), Nicolae Havrileţ, said a few months ago: “about 60% of the price difference from the steps to liberalize the gas market goes to the state budget.”

On the other hand, Iulian Iancu, Chairman of the Commission for Services and Industries from the Parliament’s Chamber of Deputies, (ANRE presents is rapports in front of it) said something else: “from the tax the state levied on income from gas producers on their liberalization revenues, 70 % remains at them and 30% goes to the state.” He also said he would propose that the tax to be divided “brotherly” between producer, consumer and state budget.

These apparent opposing statements give birth to a number of questions. How much it is actually collected from this fee and how is it collected? What is the final destination of the money raised from additional revenues as a result of increased price due to liberalization?

How is this tax applied, how much the state and the producer receive?

Tax applied to revenues from liberalization, a hidden tax for us all

When the tax was introduced, the authorities said it needed to raise funds to help vulnerable consumers. Gas supplier quoted in the article suggested, however, that the state has attracted all the money for itself, forgetting consumer support program that really need support during the gas price hike.

The collecting level hasn’t reached the authorities estimate, says our source. “When they (politicians – no) thought to impose this tax, they assumed they would get 1 billion euros out of it. The market has shown them that its degree of affordability to these huge increases in a short period is very low; therefore, national consumption collapsed when prices began to rise. In fact, we obtained, if I’m not mistaken, between 300 and 400 million euros in the first year.”

Consumers may respond “aggressively” against the following increases

According to the Government Decision no. 22/2013 on establishing the purchase price of natural gas from domestic production for the regulated natural gas market, big increases will be on April 1, 2014 and July 1, 2014. It’s still unclear what will happen to the price increase of October 1, 2014, since ANRE considers hastening the conclusion of gas price liberalization. From this derives the possibility that increases could be higher than those planned by the Government.

“I assume that the market will respond very “aggressive” against these increases. So far we have discussed increases of a few RON every three months, now we talk of increases between 17 and 20 RON/MWh consumed gas for industrial consumers.” In addition, highlights our source, statements seasoned with populism and fear began to appear “because all industrial consumers began to react quite badly recently and drastically reduce their consumption/production and threaten to relocate their factories in Romania.”

The state has a handy lever better suited than discrimination between strategic industrial consumers and normal industrial consumers, says the gas supplier which we consulted. “In Government Decision 22, it is possible to delay the gas market liberalization calendar by 1 year. I would use this to save what little existing industry Romania still has, especially as Petrom and Romgaz began to have problems selling their production.”, says the gas trader.

previousEffect of green quota fall to 11.1%: Market flooded with cheap certificates, energy price grows
nextSpring Cocktail with over one hundred managers from the Romanian energy industry