The Law of Mines get stuck in Deputies Chamber of Parliament 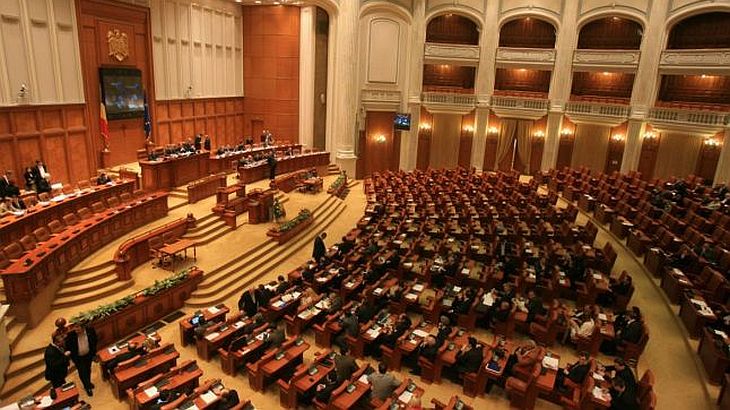 The Law of Mines has not received on Tuesday the votes of Romanian Parliament’s Chamber of Deputies. The Chamber of Deputies is the decision chamber in this case of great importance for the Romanian economy. Although it was not formally rejected, the law gathered only 160 votes “for” insufficient for its approval. Other 105 MPs from this chamber were against the law and 22 preferred to abstain. On Monday the law passed very quickly through the committee approval in Industry and Services Commission of the Chamber of Deputies, in a procedure that has been criticized for its lack of transparency.

In order to be approved, the law needed that at least half plus one of all deputies to vote in its favor, i.e. 204 chosen deputies must support the law to pass. The Law of Mines has not passed either the Senate, where missed only two votes for approval. Gândul newspaper notes that the form of this organic act on which the deputies were called Tuesday to give their final vote was almost identical to the one that the Senate rejected and included in its text much of the provisions of the proposed law on the Roșia Montană gold project.

The bill maintained the proposed regime classification and declassification of information on strategic mineral resources extracted and the classification as projects of high public interest for the mining projects whose benefits are considered to outweigh the negative effects on the environment.

Another amendment to the original draft wanted in the law is about the introduction of a misdemeanor positioned in the range of over 225.000 euros (1 million lei) and almost 1,13 milion euros (5 million lei) if the holders of permits and operating licenses breach their obligations. If obligations are violated repeatedly the amendment provided for the withdrawal of exploitation rights.

The law also proposed that a mining company to publish every six months on its website the volumes extracted and production costs and payments made to the state for each project underway. Along with this information, mining companies would have been required to publish two reports on social responsibility and environmental protection activities carried out, one in the first half of the fiscal year and the last at the end of the fiscal year.

previousThe 7 eurocents excise enforced in January just for gas, delayed for 3 months for Diesel
next”Tax on pillars” will be seen in consumers bill, its application not yet defined