Acasă » Oil&Gas » The 7 eurocents excise enforced in January just for gas, delayed for 3 months for Diesel

The 7 eurocents excise enforced in January just for gas, delayed for 3 months for Diesel 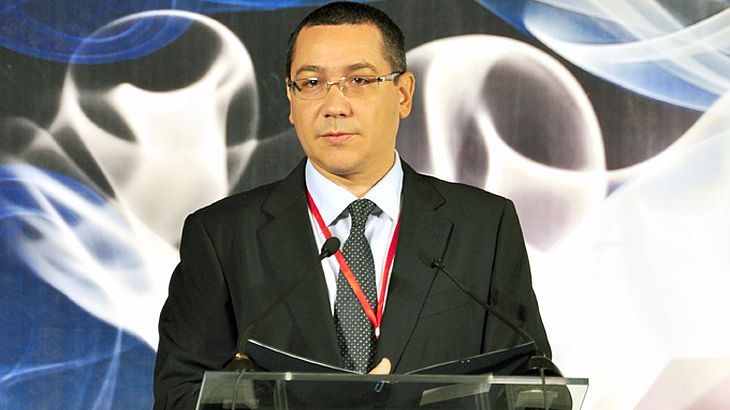 The Government intends to apply the duty of 7 cents just for  gasoline and postpone the introduction of the diesel taxes for a period of three months , during which solutions will be sought, announced the Prime Minister Victor Ponta .

Ponta said that the Minister for the Budget, Liviu Voinea , went to Brussels for talks with European Commission officials on the subject, having also consultations with the International Monetary Fund .
The prime minister explained that freight operators that use diesel as fuel  will therefore not bear the duty, and will not introduce it in the price of consumer goods.
Road hauliers informed that they stopped activity on Monday and have not sent lorries into traffic,   and trucks that are on the road will be lead to park. National Union of Road Hauliers from Romania has 13,000 members, operators conducting domestic and international transport of goods and people.
However, Ponta said he informed President Traian Basescu and the governor of BNR , Mugur Isărescu, about this solution and explained that for the three months of delay the budget law needs not to be reopened, only the recalculation of deficit parameters for this period is needed .
“We discussed during the weekend and today Liviu Voinea went to Brussels with a specific mission for me,  to have a final agreement of the European Commission that the duty of 7 cents to apply only to gasoline – the gasoline of Romania is the cheapest of all the European Union and the seven cents increase doesn`t affect the growth of the overall economy – and for diesel to postpone , for the moment , for  three months this duty , so that the effect on consumer prices does not produce immediately, and in the following three months we’ll have to find solutions only for diesel, to have a special tax regime,” said Ponta.
The introduction of the 7 cents duty will be performed on Wednesday by the government , if there is agreement with the EC and the IMF.
The memorandum agreed with the IMF and submitted by mid-November  says : “To achieve the deficit target , we will implement additional measures . Starting 2014, inflation will be added as an item in excise indexation formula . Excises fuels will also be increased by 7 euro cents per liter”.
Ponta also revealed that discussions with representatives of oil companies covering the whole package , which still he did not want to present.

New questionable tax measures
Mediafax sent last Thursday that the government is negotiating with representatives of oil companies the decrease in share of biofuel that should have been increased , by law, from next year on gasoline and delaying the whole calendar according to which  this quota is expected to grow significantly in the coming years .
Sunday, Minister for Budget, Liviu Voinea avoided saying in a TV show who proposed the increase in excise duty on petrol and diesel by seven cents , arguing that it’s a larger package negotiated, and did not go into details , but revealed the IMF has proposed a flat tax surge from 16% to 18%.
“Who came up with this measure? They are not personalized . Were many measures on table (… ) it is pointless to go into such details. Such measures are discussed with the Romanian part and we have to assume them. A measure that was on the table, not at the request of the Romanian party , and we have not adopted it was the flat tax surge from 16 to 18%. We did not adopt it because we looked at the effects on the economy ,  said Voinea for ProTV .
Traian Băsescu announced that he will reject the budget law, and resend it to Parliament  and later to the Constitutional Court if the government does not cancel the additional duty of 7 euro cents per liter for petrol and diesel .