Acasă » General Interest » ”Tax on pillars” will be seen in consumers bill, its application not yet defined

”Tax on pillars” will be seen in consumers bill, its application not yet defined 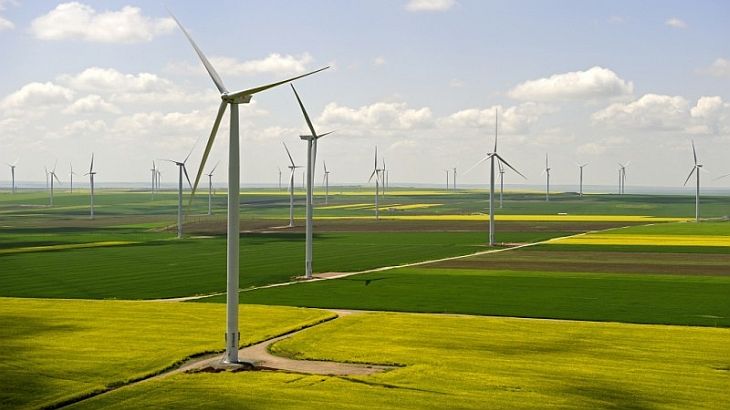 Authorities have not yet set the final terms for the application of the so-called pillars tax of 1.5% of construction value, industry sources say. This tax includes in fact all objects likely to be charged under the property tax that used to exempt special constructions until now, but it is not clear what value of calculus will be elected and for what assets. One thing is certain: this tax will be included in the bill paid by final consumers.

“So far the terms for application of this tax on special constructions were not yet defined. In addition, currently there is a discrimination put in place between old constructions, that lost their value in time and the new ones because this new taxation could occur taking into consideration their gross accounting value. Thus, new investments are discriminated against because they have a higher book value”, says the source.

The so-called “pillars tax”, representing 1.5% of construction value, could mean extra costs of up to 40,000 euros for each wind turbine, i.e. 30 million euros for the whole wind industry in Romania, shows an estimate from Romania Wind Energy Association (RWEA).

“At an average of 2.3 MW of power power per turbine, we have about 1,100 wind turbines in Romania. But we can also judge otherwise: 1 MW of power production installed is around 1 million euros, so 2,500 MW of installed capacity means 2.5 billion euros. The difference until 4 billion euros (the total investment in wind energy production) comes from the work on roads, power networks, technical studies, purchase of land, costs with obtaing all the permits, internal transportation etc. This means that 1.5% applied to 2.5 billion euros would be about 37.5 million euros”, said the chief executive of RWEA, Ionel David.

The reach of this new tax is much higher, and investors are once again confused by this new rule, which will take effect on the budgets of companies in 2014, without knowing to what extent. Instead, Ion Lungu, the head of the Association of Power Suppliers in Romania (AFEER) says that any tax will be transferred entirely to the final bill, according to the law. “Taxes fall under chapter of uncontrollable costs, methodologies say that they fully transfer in the final price to consumers,” said Lungu.

The so-called “tax on pillars” could be absorbed in the bill paid by the final consumer, says Zoltan Nagy-Bege, a member of the Regulatory Committee of the National Regulatory Authority for Energy (ANRE). The question is whether for operators that have regulated tariffs will be recognized this tax in transmission and distribution tariffs. Their rates will, nonetheless, increase as scheduled in the liberalization plan. Thus, it is possible also possible that this tax will not be felt in the final bill, said Nagy-Bege.

“Regarding the tax structure, there are two aspects: first, the actors that operate on regulated tariffs – these new taxes can be recognized in the calculation of transmission and distribution tariffs, but if it will result in an increase or not is hard to say at the moment. It may be that this increase may not be visible in the power price since we have a timetable for price liberalization anyway – the price increases as scheduled, so this tax, although absorbed in the final bill, might not be visible”, says Nagy-Bege.

He also said that ANRE will monitor the renewables market semestrial and it will report all the taxes and changes in rates, including those related to the “tax on pillars”. “Based on these reports we will make further proposals to the government. From there, the government will decide whether to approve any increase or decrease in the support scheme or not, “said Nagy-Bege. ANRE President, Nicholas Havrileţ, said earlier that ANRE will have to accept the recognition of this tax in the final rates, where carriers and distributors of power and gas will request this.

The Government has announced that it will introduce a special property tax for constructions exempted so far, whose value will be 1.5% of the building, starting from 2014. The tax will be applied to construction such as hydroelectric stations and transformer stations, conecting stations, thermal and nuclear power plants, constructions destined for power transportation, dams, runways and platforms, rigs for oil, gas and salt, loading and downloading ramps, chimneys and cooling towers, settling ponds, pools, rail infrastructure, road infrastructure, telecommunications lines and overhead cables.

previousThe Law of Mines get stuck in Deputies Chamber of Parliament
nextNagy-Bege: 2013 was marked by uncertitude, many investors left Romania