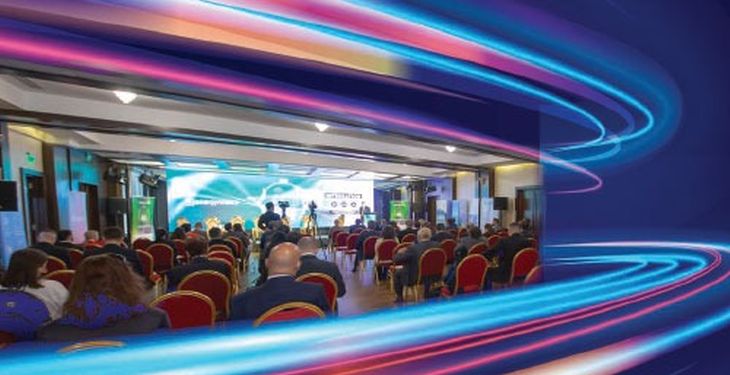 Energy transformation is irreversible, said Cristian Bușoi, Romanian MEP and chairman of the Committee on Industry, Research and Energy (ITRE) of the European Parliament at the opening of the 7th edition of the Energy Strategy Summit. The road to decarbonization and green solutions is irreversible, insisted Cristian Bușoi, before the energy community in Romania, apparently knocking on open doors, as all speakers seemed to accept this idea. Less visible, however, there is some resistance to change, because Oana Mogoi (ING Bank Romania) also felt the need to address this issue: “We must understand that funding will now be directed with priority to supporting the energy transition, to sustainability. As a result, some technologies will suffer, compared to others – in practice, some technologies will be riskier [in terms of funding]. We all need to move towards the idea of sustainability and green energy”, she said.

The National Energy and Climate Plan (NECP) will be updated in the next two years, in the context of new targets and ongoing discussions at the European Commission level, said Dan Drăgan, Secretary of State in the Ministry of Energy. For the Romanian authorities, the direction is clear: “We are in the process of ensuring the transition from coal to natural gas and renewable energy and we want to reach the 2030 climate targets and the climate neutrality that the European Union wants to achieve in 2050”.

GOOD PREMISES Many speakers highlighted the extraordinary opportunities raised by this transformation.

We are facing a technological revolution, said Cristian Pîrvulescu (Enevo): “We are talking about billions that will be invested in decarbonization, renewables, digitalization, in the European Union, the USA and all over the world”. “The funding sources that will be available in the energy sector this decade through the Just Transition Fund, the National Recovery and Resilience Plan and the Modernization Fund are impressive,” said Dan Drăgan.

We are facing the second wave of renewable energy development, believes Florin Pop (EnergoBit): “I say that companies – integrators like us – are ready to face the technical challenges”.

It is true that “Romania has to recover a gap when compared to Western countries”, but “it can overcome it, just as it happened with the telecom industry”, said Lucian Enaru, CEO of Schneider Electric.

Romania is “among the few countries that has everything it needs to produce blue hydrogen” (Cătălin Stancu, Associated Senior Expert, Horvath & Partners). Moreover, given that the energy transition focuses on hydrogen, “Romania is very well placed, as gas networks can contribute in the future to the hydrogen integration” (Dragoș Bărbulescu, CFO, E.ON Romania). “For a start, hydrogen produced from natural gas can be a precursor to green hydrogen”, said Georgian Albu, general manager of Future Energy Leaders (FEL) Romania, CNR-CME’s youth platform. “The biggest advantage for Romania in embracing green hydrogen as a solution for the future is to unlock investments in renewables.”

HARMONIZATION OF LEGISLATION The Romanian MEPs, together with all the representatives of Romania in the European negotiating forums, “must see to what extent certain proposals put Romania in a difficult situation” and they must “express their point of view”. At the national level, “the still unharmonized legislation puts a brake on new solar energy projects” (Adrian Moldovanu, Head of Business Development Romania, Greencells), “the national hydrogen strategy and a political commitment to the future energy mix are missing”, “the legislation does not allow the correlation of new energy projects with local development plans” (Dragoș Bărbulescu, E.ON Romania), and the procedures must be accelerated throughout the process of accessing European funds (Adrian Dumitriu, Chimcomplex).

“The market is waiting for the main legislative changes to start new investments: long-term bilateral contracts (PPAs), the support scheme through Contracts for Difference (CfDs) and other provisions to stimulate investors” (Ramona Kurko, BCR). “Sustainable financing is growing worldwide, [but] in Romania such instruments are more difficult to develop” (Oana Mogoi, ING Bank Romania).

From the point of view of new nuclear technologies, the national legislation is completely harmonized with the European one and allows the licensing of small modular reactors (SMRs) (Mădălina Coca, CNCAN).

Nuclearelectrica monitors and evaluates the progress of various technologies, anticipating that small modular nuclear units will be ready to be used sometime after 2030, maybe even after 2035, believes Teodor Chirica, member of the Board Nuclearelectrica. One of their advantages is the increased speed with which SMRs could be built and integrated into the power grid, in existing locations or isolated areas (Alan Woods, Rolls-Royce).

SPEED IS KEY AND IT TAKES COURAGE Răzvan Copoiu, CEO of Signify Romania and South-Eastern Europe, said it loud and clear, and for this “it is necessary to attract specialists, a very good collaboration with consultants in European funds, public administration and companies are needed”. Lucian Enaru, CEO of Schneider Electric, said: “An implementation or a development at the pace we have been accustomed to so far is not enough. We have to accelerate it because we have important steps to recover”.

The overall feeling is that the rhythm of the transition can be accelerated given some extra courage added. It takes courage to work for the decades to come. It takes courage to address opportunities from abroad and to start “producing technology, rather than integrating or consuming technology” (Cristian Pîrvulescu, Enevo). “Electrica must be more courageous in developing its own electricity production projects,” said Corina Popescu, CEO of the group. “For us, the biggest enemy is time”, said Lăcrămioara Diaconu-Pințea, a member of the Board of Directors of CE Oltenia, emphasizing the speed theme once again. “CE Oltenia is developing numerous new investments and plans to collaborate with other investors and financiers to achieve them”, she explained, referring to over 40 invited companies, of which 20 expressed interest. “We have almost 10 Romanian and international banks that we have been talking to since the beginning of the year”, said Lăcrămioara Diaconu-Pințea.

STRONG LOCAL INDUSTRY “In order to develop large energy projects, we need a very strong horizontal industry,” said Corina Truică, CEO, Automatica, in a direct call targeting the government officials. Regarding the industry, Corina Truică proposed “to further integrate the social sciences in the process of product development to understand the psychology of the people we want to help”.

In the same vein, Corina Popescu, CEO of Electrica, considers that “in this decade we must change our way of thinking”, in order to work in an energy system “in which the final consumer begins to play an active role”.

Strongly correlated to the European realities, the Romanian energy industry is under a strong sense of emergency. Building upon the three decades of fast economic and social convergence, the country is on a hurry to reap the benefits while paying the costs for the energy transition.

previousCristina Prună: Offshore wind investments, dependent on unblocking the legislation
nextE.ON supports the “Tailor your future” project of the Day of Good Association