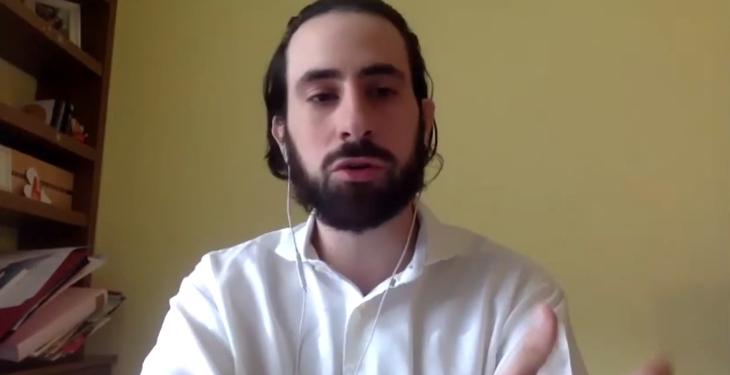 By 2020, European carbon emissions have been reduced by more than 24% compared to 1990. During the same period, the economy grew by 60%, said Sebastian Staicu, project Finance Manager, BCR. “It is clear that we can decouple economic growth from carbon emissions”, he stressed, at the “Investments for Energy Transition” conference, organized by Energynomics, on 28 January.

“Emissions have been reduced especially in the sectors that have been covered by the EU-ETS carbon emissions scheme. Emissions in other sectors have not been reduced at the same speed – which leads us to the conclusion that the taxation system is working. About 66% of carbon emissions come from the energy sector, through energy production and consumption, especially in the steel and coal production area, but also from oil,” Staicu said.

“According to Green Deal, we have to achieve the climate neutrality of the European Union by 2050. This EU Climate Law is under discussions. We will have to reduce emissions by 40% at European level by 2030, and there is a rumor that this target will be increased to 55%. Furthermore, we will take on the objective of climate neutrality by 2050 and of setting a path, reassessed by the EC every five years. The EC will be given the power to make recommendations to Member States every five years The dialog will intensify and it will be difficult to have strategies and targets at national level, decoupled from what is agreed at European level,” he added.

“There are four main pillars of investment: consumption, transport, energy production and resources, which together can probably amount to around 50 billion euros”, Sebastian Staicu summed up. Investments in the energy sector include projects dedicated to energy consumers, and estimates talk about around €12,8 billion dedicated to building renovation, which is higher than the amount required for generation.

The maximum instantaneous demand for electricity increases from one year to the next; the same with imports, as “Romania currently has about 17.660 MW of installed electricity capacity – of which constant can be used for baseload only about 7.080, the rest being time or weather dependent”. 2.133 MW on an hourly basis was the largest import in 2020.

These are legislative initiatives and investments for the gas area, especially those concerning regional interconnection. “Transgaz has the prospect of supplying gas in the Republic of Moldova, we have new discoveries in the Black Sea and the Offshore Law will be amended. On the other hand, there are all sorts of barriers in the renewable area, high costs for grid connection, high balancing costs and very inflexible electricity trading tools, especially for renewable power”, Staicu noted.

The PPA market is growing

PPA-type contracts are now possible for new capacities, and we expect changes to the Energy Law soon, so that they are allowed in line with the European Directive and Regulation 943 and 944.

“There are more and more projects that do not need a subsidy and then PPAs become increasingly important as the main source of revenue. The market is highly volatile, but at 50-60 euros/MWh, PPAs can also be concluded”.

PPAs also plays an important role in the CfD scheme, Staicu said. A CfD-type scheme will block prices, but there is a need for PPAs “to avoid long-term volume risks”. In the field of municipal heating, PPAs can also be important for securing contracts for gas-based production. “Automatically, PPAs reduce project risks and banks can come with higher amounts and lower interest rates for credits associated with such projects,” Staicu explained.