Spring Cocktail 2019 – investments are crucial; what are the obstacles One of the keynote speakers in the 6th edition of the Spring Cocktail began his speech by referring to OUG 114/2018 “to put it behind” and said: ” I think most of you present here are one way or another affected by this emergency ordinance.” An observation that largely synthesizes the themes approached and the perspectives of the seven top speakers who honored the launching event of the most recent issue of energynomics.ro Magazine. Investments are crucial, but legislative and regulatory instability postpones or even blocks decisions in the private sector, but even delays some of the regulators’ projects. 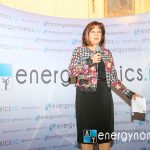 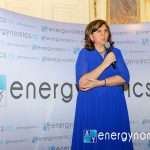 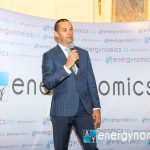 Varinia Radu, founding partner and CEO of Wing Media Energy Consulting, publisher of energynomics.ro, spoke about the editorial projects for this year from most complex communication platform for the Romanian energy industry. Among them, the media campaign for Energy Efficiency, Energy Strategy Summit (the 5th edition), the Energy Breakfast Club series and energynomics Awards.

Renewable for additional demand, coal for the current needs

In front of more than 100 people, Elena Popescu, general director in the Ministry of Energy, outlined the executive’s priorities in the area. A distinct chapter is the National Energy Strategy, which will be amended with observations on environmental impact and then transferred, in its key points, in the National Energy Climate Plan to be finalized by the end of this year. Elena Popescu admitted that the renewable energy targets proposed by Romania were received with disappointment in Brussels, but she sought to argue, in Bucharest after she had done it there, that in real terms the 27.9% share in 2030 “does not mean a reduction in renewable power generation, because we estimate an increase in demand” for electricity. In real terms, Elena Popescu also said, we expect in 2030 to have additional capacity of over 4,000 MW in wind power and over 3,000 MW more in the photovoltaic segment.

For energy security, coal is needed up to 2030 not only in Romania, recalled Elena Popescu, but also, for example, in Germany, which planned to phase-out coal in 2035. She added: “Coal must be understood not as an energy issue, but as a social issue.” 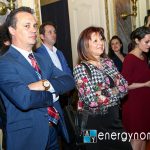 Elena Popescu also mentioned the new forms of incentives for investments in the energy sector, among which the contracts for difference and the capacity mechanism.

PPAs and flexibility in bilateral contracts

In turn, ANRE vice-president Zoltan Nagy-Bege spoke about the new scheme for financing that public authorities, and the regulator too, are trying to offer to the market. Unfortunately, everyone has been extremely busy since the beginning of the year with efforts to understand and implement the provisions of GEO 114/2018, which has affected, in different ways, all the players in the energy market. “The bad news is that the government is just planning to amend the Ordinance [114/2018] tomorrow [on March 28, e.n.], so the discussions will continue; it will be a pleasure for me to see you at ANRE for further discussions and debates on that topic.

Zoltan Nagy-Bege, however, mentioned two of ANRE’s projects to support investments in the energy sector. First, the Authority seeks to introduce more flexibility on the centralized bilateral contracts market. “Right now, because we had other priorities in these first 3 months, this project is kind of seized. We will try to resume the discussions on this subject, and I promise that this year we will have some changes some new rules on the centralized bilateral contracts market, especially targeting the renewable producers”, said the official from ANRE. 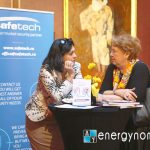 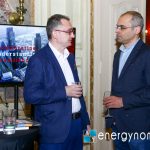 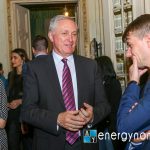 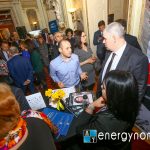 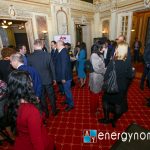 The situation is the same with the other project – a new platform for PPAs, which are requested for years by potential investors, as they are crucial in obtaining financing for investments in generation capacities. “We identified the barriers, and I am confident that in less than 2 months we will have a PPA platform on OPCOM”, added the vice-president of ANRE.

2019 Spring Cocktail was an event recommended by the National Regulatory Authority for Energy – ANRE and National Agency for Mineral Resources – NAMR, with the support of many strategic partners, including AFEER, ACUE. 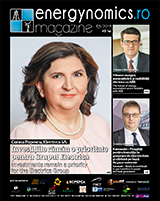 With this occasion we also launched the first issue of energynomics.ro Magazine in 2019. Another 184 pages, fully bilingual format and attractive design, capturing the trends and essential themes in the Romanian energy industry: news, analyses and opinion from personalities directly involved in the decision of the regulators and the most dynamic companies. These issue is featuring among others articles and interviews with Corina Popescu (Electrica SA), Tomasz Wolanowski (ABB România), Cristian Athanasovici (Kawasaki Gas Turbines).

previousSiemens grew 22% in 2018 in Romania
nextE.ON adds two new e-stations at Suceava and Roman for extending the “Electric Highway”