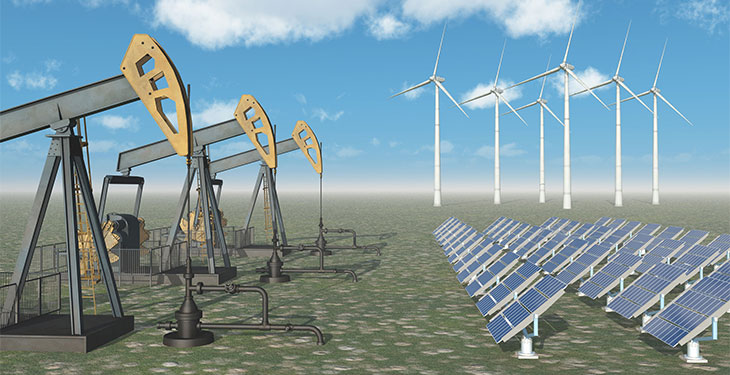 In 2010, using solar power to boil your kettle would have cost you about £0.03. By 2020, according to estimates by our research team at UBS, the cost will have fallen to half a penny. By 2030, the cost could be so near to zero it will effectively be free. This is great news for the planet, and probably also for the economy. Abundant, cheap, clean power can be put to many uses — not just making tea. But the same simple truth— that renewables could soon be cheaper than all the alternatives — is contributing to a wave of corporate action in the energy sector. Currently we count a dozen major European utilities (about half the names in the sector index) which have recently announced — or have been featured in the press — acquisitions, divestments or takeovers that could substantially reshape their business, according to Financial Times.

The latest move was from Orsted, the offshore wind specialist, who announced last week they will acquire Lincoln Clean Energy, expanding their business into US onshore wind. Does all this corporate activity make sense? We believe it does, since the fundamental economics of the industry are indeed changing.

Until recently, wind and solar in most parts of the world relied on generous subsidies — meaning renewables could only grow at the speed governments were prepared to pay for them. But in the past year large wind and solar projects have appeared that are viable without any subsidy or tax break at all. This means renewables can start to grow as fast as technology development allows, rather than at the pace that the world’s energy ministers decree. The second factor is that governments have been turning the screw on cost. Where subsidies are available, companies must now bid for them in competitive auctions, and when the subsidies run out the companies may still bid against each other to secure the best sites for projects.

This auction model is driving innovation and efficiency at a level nobody expected. In the UK, tendering has cut the cost of offshore wind by more than half in just three years. In Germany it has helped to shrink the premium for renewable energy by roughly half since 2015. All this pressure on costs has another important effect: it is pushing the developers towards a new, global race for scale.

First, wind and solar farms are getting bigger. Some solar projects now count more than a million individual panels and offshore wind turbines can be taller than a skyscraper, with blades that are close to 100m long. Second, the companies themselves are getting bigger as they seek to exert more purchasing power on their supply chains and squeeze more synergies, data and operating expertise out of their renewable portfolios. In a global auction model, the winner must bring all these potential advantages to the table. This is why the structure of the industry will need to change.