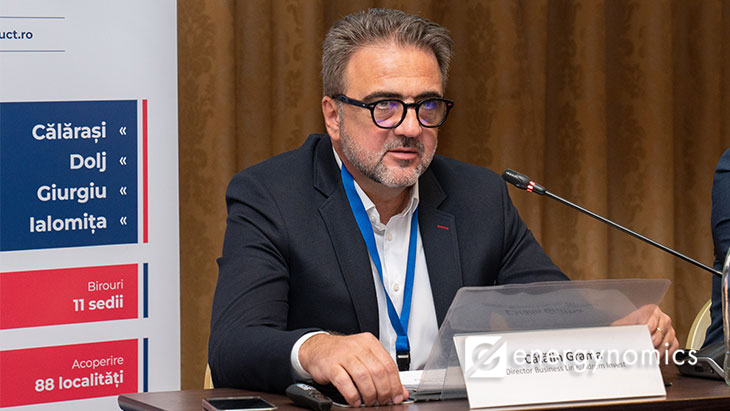 The digitalization of the energy sector and the increasing input of renewable energy is already putting considerable pressure on the existing electricity grid, which is already extremely worn out. Smart metering could be the starting point for modernizing and recalibrating the grid to meet the challenges, but there is a lack of specialists, said Cătălin Grama, Business Line Director at Adrem, during the “Future of utilities – 2022” conference, organized by Energynomics.

“Infrastructure and assets are outdated, specialists for operating and maintaining the network are fewer and harder to find. There is also this tendency to move to corrective maintenance mainly driven by economic considerations, and that has not led to very good things for the electricity grid in principle. All the new challenges posed by the expected massive input of energy into the grid from prosumers will have an impact on the distribution networks, which have been somewhat victimized recently,” Grama put it.

A study carried out by the National Energy Regulatory Authority shows that 70% of the distribution networks in Romania are more than 50% old, and this raises a big question mark about their ability to capture the energy to be produced by the growing number of photovoltaic installations nationwide.

According to Grama, the integration of new capacity into the grid will only be possible through a combination of investments in green energy and smart metering, which will also balance these investments financially.

“Inherently, these distribution networks should provoke significant investment, all the more so as they have to respond to new challenges, namely the management of new production capacities. In order to achieve the goal of optimizing consumption, I believe that it should start with smart metering, which would also lead to consumption management and decisions on the distribution of this consumption,” he added.

previousEvery kilowatt-hour counts – how do you know how much energy you consume
nextKMG International: Rompetrol, part of KazMunayGas for 15 years