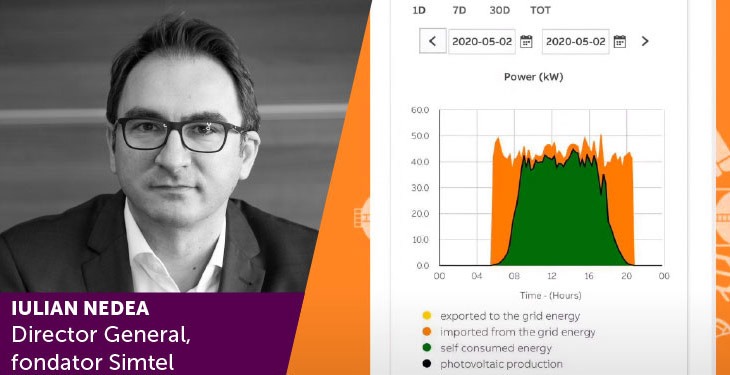 Simtel has signed a new contract for the development of photovoltaic projects with Altex, Iulian Nedea, general manager and founder of the company said at EnergynomicsTalks.

“The Altex network is also a model of entrepreneurship for us. We have a new contract for the development of photovoltaic power plants signed. Such entrepreneurs have decided to stay in Romania, to invest here, and we are glad that we are developing such projects together,” said Nedea.

Altex recently announced that it will invest 27 million euro in expanding its store network.

Simtel has built over 50 roof photovoltaic parks for some of the largest retailers, such as Dedeman, Penny Market and Mega Image.

“Dedeman is a model of sustainable development, people who want to invest in the long term and want to support Romanian companies. We have recently developed about 14 projects with them, and, being satisfied with the collaboration with us, we have signed a long-term collaboration and we will develop other projects in the future. They want to have a predictable energy price and we expect the price to rise in the coming years. They are also a role model for the community, which looks more closely at such technologies. We also took the information to consumers, in stores, with everything that happens after using photovoltaic power plants. On a sunny day, it covers the consumption of stores in a proportion of about 85%,” he added.

“We are leaders in the maintenance of photovoltaic power plants. We cover all the total maintenance works for 80 MW in total. There are also 250 MW in installed capacities for which we intervene at the request of ABB Italia, only in the inverter area – although in recent years we have been asked also for other services. A photovoltaic plant does not just mean some panels and some equipment and the connection between them. It means much more: communications, because you need to know at any time what the state of operation of the park is – and Transelectrica demands it – and how much of the capacity is functional. You also need to make predictions – at what capacity the park worked the day before, what can you predict, because a bad forecast can bring you significant losses.”

Nedea claims that the company’s local works were not affected by the coronavirus crisis, however, the works outside the borders were postponed.

At the same time, he said that investors are afraid to inject money into an economy with unstable legislation, especially in the absence of a support scheme.

“Now, however, due to the change in the legislation, we will be able to conclude bilateral contracts (PPAs), it will be easy to go to the bank, and it will agree to finance new projects,” he added.

previousFPPG: Recovery of the oil and gas sector, a joint effort of the state and industry
nextANRE allows gas and electricity network operators to postpone mandatory investments in networks