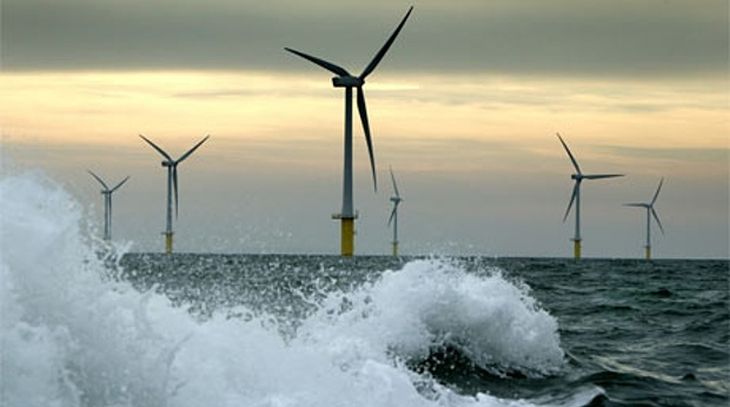 Starbucks, Wal-Mart, Goldman Sachs and Johnson & Johnson are among the latest round of companies making the pledge to convert completely to renewable energy, signaling a strong push for corporate backing of cleaner sources of power, according to CNBC.

The companies are part of a group of nine organizations, who have joined 36 corporations which have signed on to cut their carbon dioxide (CO2) emissions and source their electricity solely on green energy, as part of non-profit organization, The Climate Group’s global initiative, “RE100”.

While both organizations and citizens combatting climate change have been pushing multinational companies to take the plunge into renewables, there’s an economic benefit to this too. “Research shows that the most ambitious companies have seen a 27 percent return on their low carbon investments”, said Mark Kenber, CEO of The Climate Group, in a statement.

The other companies setting targets include Goldman Sachs (100% renewable by 2020); Nike Inc (100% by 2025) and Procter & Gamble, who plan to be 30 percent renewable by 2020. U.S. furniture company Steelcase too announced its participation on Wednesday, however it became 100 percent renewable last year. The last of the new entrants, Voya International, aims to be completely powered by renewable resources this year.

RE100 launched officially at “Climate Week NYC” in September 2014, with IKEA and Nestle being some of the debut supporters. Tech giants have been at the forefront of this green trend for years, with Amazon funding large wind farms and Apple announcing plans to power data centers on renewable energy.

Siemens too jumped onboard Tuesday, announcing it aspires to be the “world’s first” major industrial firm to attain a net-zero carbon footprint by 2030. To succeed, the German engineering firm plans on investing around 100 million euros ($111.5 million) over the next three years.

By getting some of the world’s most beloved brands involved, this will help stimulate The Climate Group’s intention of pushing the initiative at the United Nations conference, COP21, where key decision-makers will gather to negotiate talks on Climate Change.