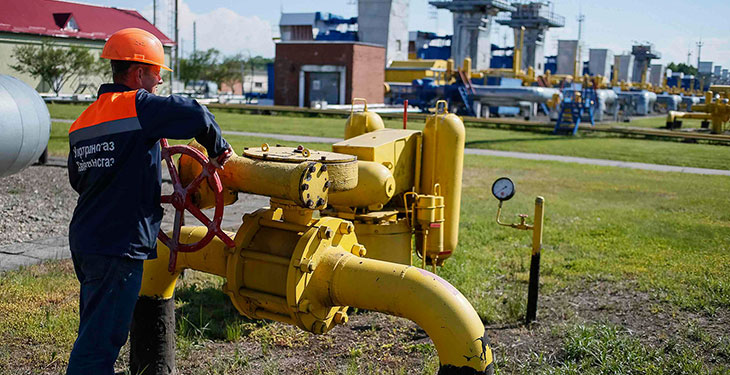 Russia rejects any attempt to accuse it of using energy resources as a “weapon” of political pressure, Kremlin spokesman Dmitry Peskov said on Wednesday, commenting on talks between the United States and Germany on possible sanctions against Moscow for pressure on Kiev, informs TASS, according to Agerpres.

“In general, everyone should know very well that Russia has always consistently rejected any accusations that it would use energy resources as a tool of political pressure,” Peskov said. He stressed that “such a thing has not happened and will never happen.” “It’s all a matter of trade arrangement and business opportunity,” said Russian President Vladimir Putin’s spokesman.

The United States and Germany have pledged to take action against Russia if it uses the Nord Stream 2 pipeline to affect Ukraine or other Eastern European countries, Reuters reported, citing two sources close to the bilateral agreement expected to be announced on Wednesday.

Peskov declined to comment on the intentions of the United States and Germany and urged to wait for official statements from the two countries about the possibility of introducing new sanctions related to the Nord Stream-2 pipeline.

The United States said on Tuesday it was close to an agreement with the German government to “prevent Russia from using energy as a weapon” and to try to turn the page on controversy over the Nord Stream 2 gas pipeline linking Russia to Germany. Washington strongly opposes this nearly completed pipeline, which passes through the Baltic Sea but not through Ukraine, threatening to deprive the country of some of the revenue collected from transit.

Eventually, Joe Biden ended up giving up sanctions to block the project, saying it was too late and that it was better to rely on cooperation with Germany – favorable North Stream 2.

Last week, Joe Biden said that both he and German Chancellor Angela Merkel oppose Russia’s use of energy as a “weapon,” referring to the Nord Stream 2 pipeline. “Although I reaffirmed my concern about Nord Stream 2 “Chancellor Merkel and I share the conviction that we must not allow Russia to use energy as a weapon to coerce or threaten its neighbors,” the Democratic president told a joint news conference.