Acasă » Renewables » Roxana Mircea, REI Group: I expect between 500 and 1,000 projects to be submitted on the first axis of financing from NRRP

Roxana Mircea, REI Group: I expect between 500 and 1,000 projects to be submitted on the first axis of financing from NRRP 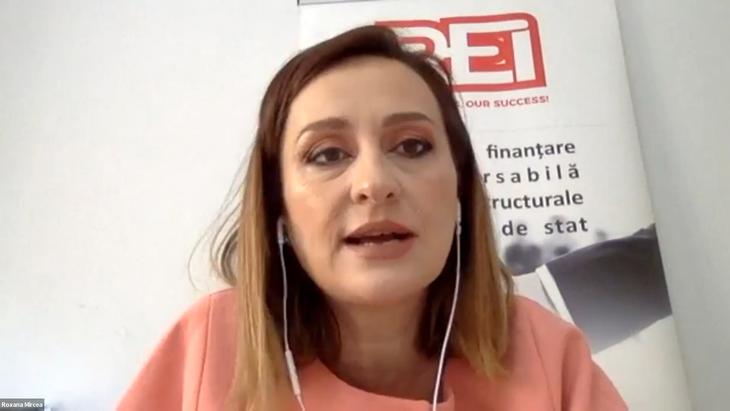 The first axis launched from NRRP has a budget of 457.7 million euros available, being possible a subcontracting up to 595 million euros, and the session is open from March 31 to May 31, said Roxana Mircea, Managing Partner, REI Group, during the event „NRRP funding lines – which projects stand a better chance”, organized by Energynomics.

“REI prepares the funding applications and writes the projects, then we work with the beneficiary until it receives all the money. We have almost 60 colleagues in nine regional offices and we specialize in larger projects and energy. We have been working with the Ministry of Energy for 10 years. Various schemes have been and they are ongoing – GD 495, GEO 181 for green certificates. We also had the Large Infrastructure Operational Program (POIM) under which we are now signing, after a long time, the first cogeneration contracts. We are glad that there are many projects, but we are concerned that we will be dealing with a kind of lottery in terms of how the projects will be selected. We have almost 1,000 clients for whom we exclusively do the writing and implementation of the project. We pay special attention to procurement procedures, where there are many delicate issues around meeting deadlines and how documentation is drawn up, especially on more complex projects with construction components,” she said.

The call for projects on the first axis of NRRP, that of investments in generating capacities from renewable sources, has been launched, but no projects can be submitted yet. “If the situation with the application platform is not resolved, the projects will be sent by email,” said Roxana Mircea. “It is certain that we will submit our projects in the second decade of May, because we want to see how many projects will already be placed in the market. We would like to make a first inventory before Easter, when most of the projects will have been closed. There will be less than a thousand of projects, because the time is quite short. We are talking about big and very big companies, where decisions are difficult to make, it takes time until the projects are approved.” If there had been a six-month deadline for submitting projects, the competition would have been much higher. Under current conditions, Roxana Mircea expects between 500 and 1,000 projects to be submitted.

There will probably also be smaller applicants, but the 0.2MW threshold must be respected and it is estimated that 50% of the projects will be for self-consumption. There will also be large production projects that will give up the 15 points awarded for self-consumption, said Roxana Mircea. There will be funding from the Modernization Fund for energy production and sales projects in the second half of the year, with higher allocations, and an additional 10 points for storage, she added.

Projects financed through the current axis must be completed by June 31, 2024. A good thing that appears in the final guide, noted Roxana Mircea, is that it is allowed to start the investment project immediately after submitting the project to the Ministry of Energy.