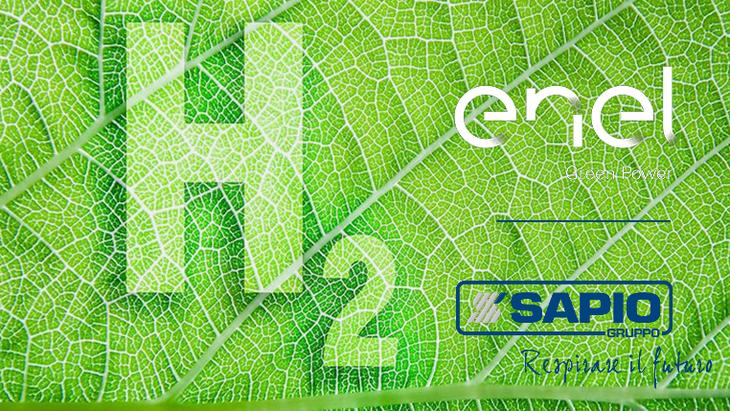 Activating a supply of green hydrogen produced using renewable energy from the Carlentini wind farm in eastern Sicily is the focus of the agreement signed by Enel Green Power and Sapio. The agreement provides for the sale to Sapio of the green hydrogen that will be produced, stored and made available from 2023 at the Carlentini and Sortino production sites, home to Enel Green Power’s futuristic NextHy initiative. Sapio will be responsible for developing the market and handling the distribution of renewable hydrogen to the end customer.

“In contexts where electrification is not easily achievable, green hydrogen is the key solution for decarbonization as it is emission-free and offers promising development prospects,” said Salvatore Bernabei, CEO of Enel Green Power. “For this reason, we are excited about the agreement with Sapio. It is an agreement that looks to the future by combining technological innovation and sustainable production.”

“Sapio is strongly committed to contributing to the EU’s achievement of the UN SDGs,” commented Alberto Dossi, President of the Sapio Group, “and with this project, we are taking a firm step towards sustainable development in our country. The agreement with EGP also gives us the opportunity to integrate green hydrogen into our business model, which is based on our strong technical expertise in hydrogen and its distribution over 100 years in business. In this way, we will also be able to give further support to the industrial activities we are already carrying out in Sicily.”

The estimated 200+ tons of production capacity of the Sicilian hub is the subject of the annual supply foreseen in the agreement. Once fully operational, the green hydrogen will be produced mainly by a 4 MW electrolyzer, which is powered exclusively by the renewable energy of the existing wind farm, and to a lesser extent by the state-of-the-art electrolysis systems tested in the platform. Launched by Enel Green Power in September 2021, NextHy’s Hydrogen Industrial Lab is a unique example of an industrial laboratory in which production activity is constantly accompanied by technological research. In addition to the sectors reserved for full-scale production, there are also areas dedicated to testing new electrolyzers, components such as valves and compressors, and innovative liquid and solid storage systems based on liquid and solid means of storage: in line with Enel’s open-ended approach, this activity will be open to the collaboration of more than 25 entities including partners, stakeholders and innovative startups. The entire complex is currently undergoing an environmental impact assessment at the Sicily Region’s Department of Land and Environment.

It is an ambitious project with a sustainable energy source at its heart that will be developed at every link in the chain: thanks to the agreement with Sapio, in fact, at NextHy green hydrogen, will now not only be produced, stored and moved on an industrial scale, but also purchased and used by companies that have understood that green hydrogen is the solution for decarbonizing their production processes. In this context, this experimental approach that is open to external contributions will allow the Enel Green Power laboratory team to test the project on an industrial scale, so as to create the best conditions for a commercial environment that can make the most of all present and future technologies for the generation, storage and transport of green hydrogen.

previousRoxana Mircea, REI Group: I expect between 500 and 1,000 projects to be submitted on the first axis of financing from NRRP
nextANRE has issued an order regarding the obligation of gas suppliers to store 30% of their customers’ consumption