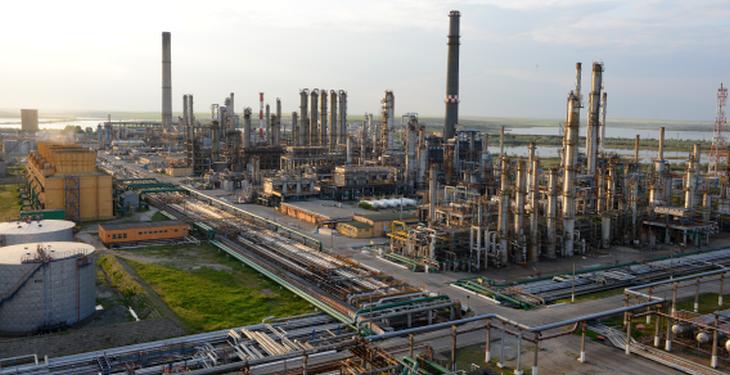 Rompetrol Rafinare, member company of the KMG International Group, recently completed the repair works of the Diesel Hydrotreating unit (HPM), affected by the technical incident that occurred in July last year. The production unit has been completely rehabilitated, with new equipment, verified and authorized by the relevant institutions with responsibilities in the field.

“Through the considerable efforts of our colleagues, but also with the support of Rominserv specialists and industry partners, our refinery now has a complete technological flow, which will help us meet operational objectives, having as priority the safety of our employees and without neglecting the environmental protection component”, said Felix Crudu Tesloveanu, General Manager of Rompetrol Rafinare.

The actual rehabilitation works of the HPM installation were started in July 2021 and were completed during the technological shutdown that took place between March and April 2022, the necessary tests and certifications been, also, performed.

All tanks and columns that compose the installation have been produced in Romania, complying with the technical quality specifications for compliance with the requirements and legislation in force. The plant has a processing capacity of approximately one million tons per year, with a flow rate of 130 m3 per hour and has the ability to process a mixture of Atmospheric Distillation Diesel, Coking Diesel and Catalytic Cracking Diesel, at a high degree of desulfurization.

The HPM plant is one of the main capacities for obtaining diesel with high quality specifications, and from the operational processes are also resulting by-products, such as the light fraction, used in the Petroleum Reactor Hydrotreating (HPR) plant, respectively gases that are sent in the Gas Desulphurization and Sulfur Recovery Plant (DGRS).

In order to comply with European requirements, the production capacities of the Petromidia refinery have benefited from significant investments. Thus, the unit in Năvodari was the first in the country to have the necessary technology for the production of diesel with sulfur in a concentration of less than 10 particles per million, a standard that became mandatory in the European Union in 2007, and in Romania, since 2009.

During the period when the HPM plant was not operational, the other hydrofining plants covered the production of diesel, in order to meet the domestic demand for petroleum products. At the same time, with the support of the trading division of KMG International, the company fulfilled all its previously concluded contractual obligations and continued, without disturbances, the deliveries of petroleum products.

At the moment, the largest refinery in Romania is operating at optimal capacity, in accordance with the production plans estimated by Rompetrol Rafinare. The company planned to process about 5.6 million tons of raw materials in 2022, with about 2.7 million tons of diesel and Jet A1 (special aviation fuel).

The significant shareholders of Rompetrol Rafinare SA are KMG International (54.63% – directly and indirectly) and the Romanian State, through the Ministry of Energy (44.7%).

previousRaiffeisen Bank successfully places a new issue of green bonds denominated in lei
nextMore than 700,000 euro donated by the employees of the E.ON group to the people of Ukraine