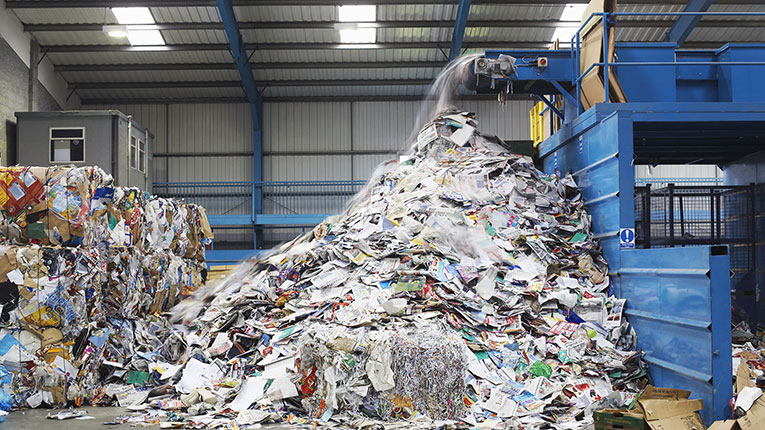 Romania ranks second to last in the European Union in terms of waste recycling rate, which is of only 14%, according to an infographic from the Social Monitor. Only Malta recycles a smaller percentage of the total municipal waste generated, ie 6%, according to the Intelligent Energy Association (AEI).

Unlike Romania, other states in the region manage to recycle about a third of municipal waste – Poland 34%, and Bulgaria and Hungary 35%. The European Union champion in recycling is Germany, with a 68% recycling rate.

In recent years, the amount of unrecycled waste has reached unprecedented levels, with Romania producing 4.58 million tons of unrecycled municipal waste per year – ie 12,500 tons per day, according to the Embassy of Sustainability in Romania.

On average, Europeans produce 481 kilograms of municipal waste per year, according to an analysis by the European Environment Agency.

The idea of turning urban waste into energy is used successfully in many cities around the world. The action is called Waste to Energy.

Barcelona (Spain), Copenhagen (Denmark), Pavia (Italy), Sheffield (UK), Crete (Greece) or Jonkoping (Sweden) are just some of the successful examples. At the end of 2019, there were more than 500 municipal waste processing and disposal plants in operation in Europe.

Neighboring states are also involved in this fight against waste. Doosan Heavy Industries & Construction and consortium partner Doosan Lentjes will complete the waste power plant in Olsztyn, Poland in 2023. Also, Bulgaria has launched a tender for 150 million euros without VAT for the construction of a combined heat and power plant in Sofia, with European funds, which will use an alternative fuel derived from processed waste.

previousDelgaz Grid awards the best competitors in the 2021 Electrician’s Trophy
nextGaz de România: The contribution of natural gas to district heating in Romania and the EU