Acasă » Oil&Gas » Gaz de România: The contribution of natural gas to district heating in Romania and the EU

Gaz de România: The contribution of natural gas to district heating in Romania and the EU 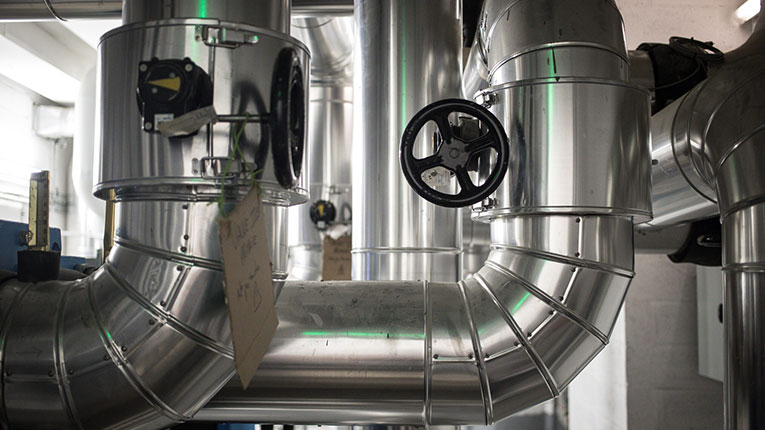 In the cold winter months, heat supply is essential, and natural gas has proven over the decades to be a reliable source of heating, especially during periods when storms have shut down the electricity grid.

Today, natural gas provides almost half of Europe’s heating needs, with heat accounting for around 70% of energy consumption in the residential sector.

At EU level, buildings have the largest share of total heating consumption, and 88% of the need is covered by individual boilers and 12% by central heating systems, according to European Commission data, according to the Gaz de România platform.

Natural gas is the main energy source in central heating systems, and Romania is among the states with the highest share, respectively about 80%.

At the aggregate level, natural gas has the highest share in the mix of energy sources used for district heating in the EU-27, respectively 30.1%, according to data published this year by the European Commission.

The European Commission also emphasizes the role of planning in ensuring optimal heating sources. In Denmark, for example, the first regulation on the supply of thermal energy was introduced in 1979 and, by the mid-1980s, almost all Danish municipalities (around 300 at the time) had developed plans for heating. The main objective was to determine which areas could be supplied by centralized systems or natural gas and which other areas were to continue to use individual heating sources. A key selection parameter in this planning was the energy density in different areas of a municipality. The main approach was that the most densely populated areas should be supplied from district sources. If, initially, the purpose of this planning was to reduce dependence on oil, then it was to reduce the environmental impact, in this case the carbon footprint, of heating sources.

Why switching to electricity is not the solution of the moment

The use of natural gas in district heating systems has many advantages. First of all, natural gas plants have the ability to start quickly when they are needed. Then they have low carbon and other greenhouse gases. As a rule, cogeneration thermal power plants are used for central heating, which produce thermal and electrical energy at the same time, and their efficiency reaches up to 95% today. For residential neighborhoods or commercial consumers, cogeneration micro-plants are also available.

In areas without access to district heating, emission reductions can be achieved by replacing individual coal or wood-fired boilers with natural gas boilers. Also, “by replacing traditional gas boilers with modern condensation boilers, CO2 emissions can be reduced by up to 20%, improving air quality, given that, compared to other technologies, they do not emit emission particles, sulfur oxides (SOX) or nitrogen (NOX).”

Then, given that natural gas is supplied through underground pipelines, natural gas heating systems are reliable in the cold winter days, when we need heat the most, unlike the electricity grid, which is vulnerable to storms.

“We cannot simply replace the heating load that the gas covers by switching to electricity. The gas grid can transfer much more energy to the electricity grid. Any change in the policy of promoting electrification should take into account the cost and environmental impact of growing electricity infrastructure. The gas network is designed to meet the maximum energy requirements of the heater. Switching the gas heating load to the electricity system would require a significant increase in the existing electricity grid. The natural gas network, which, of course, is underground, provides a safe and sustainable source of energy, with the ability to meet the peaks and gaps in energy demand that heating systems require in winter,” says the Eurogas association.

In this context, the widespread adoption of heat pumps, for example, would put pressure on the electricity grid. “If heating in all buildings in Europe were switched to electricity using heat pumps, the maximum demand for winter electricity would increase by more than 60%,” according to the World Energy Outlook (2019) report of the International Energy Agency.

previousRomania ranks second to last in the EU in terms of waste recycling rate
nextEfficient Romania: How environmental responsibility can be taught in Romanian schools