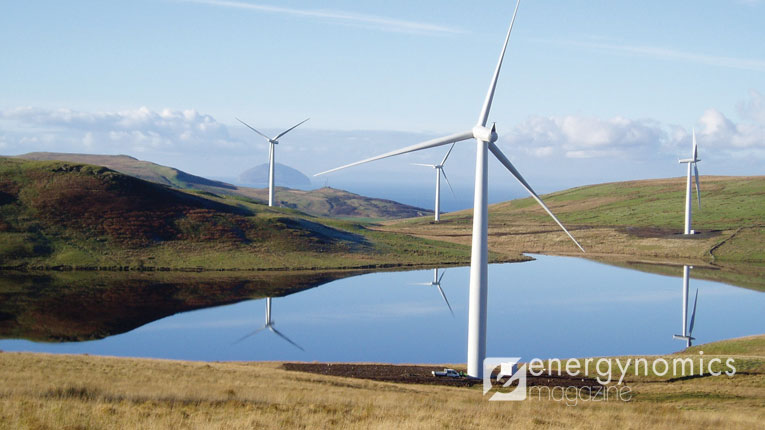 The Romanian efforts to align its direction along the international path of transforming the future of energy production into a green process is visible and not questionable. The internal legislative changes and strategic steps are backed up by participation in global events, both European and international.

Apart from having signed he European Green Deal and becoming beneficiary of the Recovery and Resilience Mechanism that allocates post-COVID-19 funding for green projects, Romania is committed to the recently announced partnership between the European commission and Bill Gates’ sustainable energy funding vehicle. The goals here is to unlock new investments for clean tech and sustainable energy projects totaling up to $1 billion (€820 million) over five years (2022-2026).

The collaboration is to tackle the goal of a net-zero economy and put money into creation of large-scale, clean technology that can be commercially used, namely:

The main goal is to remodel technologies that are currently too expensive to compete with fossil-fuel-based incumbent technologies.

Commenting on the partnership announcement in a statement, EU president Ursula von der Leyen, said: “With our European Green Deal, Europe wants to become the first climate-neutral continent by 2050. […] Europe has also the great opportunity to become the continent of climate innovation. For this, the European Commission will mobilize massive investments in new and transforming industries over the next decade. Therefore, I’m glad to join forces with Breakthrough Energy. Our partnership will support EU businesses and innovators to reap the benefits of emission-reducing technologies and create the jobs of tomorrow.”

The partnership is also open to national investments by EU Member States through InvestEU or at project level, the EC noted. This allows Romania to boost its renewable energy sector and increase its capacities, given the great existing potential.

Romanian Energy minister Minister Virgil Popescu was present at the Romanian Symposium of Energy – SIREN 2021, organized by the Romanian National Committee of the World Energy Council on September 6-8. He confirmed the law on offshore wind energy in the sea will be ready this year, to allow the start of measurements for future projects:

“The Black Sea has a huge energy potential, both in the basement, through the gas deposits, and in terms of wind potential. I looked at the bill in the Industries Committee and I think we can adapt it so that we have a law as soon as possible, and I think it’s the fastest way to have an Offshore Wind Law this year, maybe it’s not perfect, but let’s have a law so we can start exploring in that area.” said Popescu.

Renewable energy and clean(er) transport were also key focus areas for the massive €750 billion “Next Generation EU” coronavirus recovery fund put together by the commission last year — which said it would borrow money on the financial markets through the issuance of bonds for post-pandemic recovery — with that money pegged to be channeled through EU programs between 2021 and 2024. Romania benefits from nearly EUR 30 billion, of which 2.170 billion is allocated to energy efficiency and 3.911 to railways.

On the same note, the U.S. Department of Energy (DOE) is preparing the first ministerial and industrial forum of the PTEC in Poland from September 23-24 this year, with the participation of the Secretary on Energy of the USA Ms. Jennifer Granholm. Virgil Popescu, the Romanian Energy Minister will attend the event. PTEC is the US-led Transatlantic Energy Cooperation Partnership, which involves the countries of Central and Eastern Europe, overlaps with the Big Three Initiative and Secretary of Energy Jennifer Granholm, like her predecessor Rick Perry, believes that PTEC and 3SI are mutually reinforcing.

The administration in Washington will use this event to add another “C” to the PTEC: Climate. So, it could be the PTECC, the Transatlantic Partnership for Energy and Climate Cooperation. The Warsaw Industrial Forum is likely to address the following issue: investment, DFC (Development Finance Corporation), EXIM Bank, cybersecurity, COP, energy efficiency. Romania could be particularly interested in cybersecurity and the security of energy infrastructures.

In this context, we shall also note the conference that is being prepared under the aegis of PTEC, which bears the name of CC4ES: Conference on Cyber Security for the Energy Sector, which takes place in December 2021.

Nevertheless, the COP 26 UN Climate Change Conference, hosted by the UK in partnership with Italy, will take place from 31 October to 12 November 2021 in the Scottish Event Campus (SEC) in Glasgow, UK.

In light of the worldwide effects of COVID-19, the COP Bureau of the UNFCCC, with the UK and its Italian partners, had decided to re-schedule the conference initially slated for November 2020. Rescheduling the conference ensures that all parties can focus on the issues to be discussed at this vital conference and allows more time for the necessary preparations to take place. The summit is widely seen as crucial if climate change is to be brought under control. It is the moment world leaders will discuss whether enough has been achieved since 2015’s landmark Paris climate agreement.

This was the most important attempt so far to commit all the countries of the world to limit global warming. They agreed to try to keep temperature increases “well below” 2°C (3.6°F) and to try to limit them to 1.5°C. But many scientists say efforts have fallen far short and global warming could be set to reach 3°C.

There is still a lot to do but the good news is that we’re all working towards the same goal – greener, better and more sustainable energy sources.

This article firstly appeared in the printed edition of Energynomics Magazine, issued in September 2021.

previousAFEER: Capping the price of energy is not a solution – taxes should be reduced or canceled
nextThe 10th Romanian Energy Day – Stable Climate for Uncertain Times (October 26)