Remarkable in the Romanian Oil and Gas industry 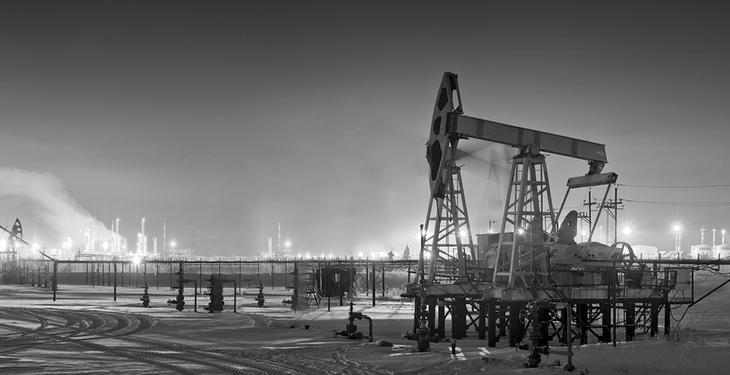 At the beginning of 2021, the National Agency for Mineral Resources will amend Order 32/2018 to introduce as reference the transactions on the Romanian domestic market, and not the transaction prices on the hub at CEGH Vienna, as is the case now, Sorin Gal, director in NAMR, has announced at the conference “Oil and Gas Industry – What works, what can we do better”, held by Energynomics. Six top level speakers and more than 100 people in the public have (successfully) searched for reasons of optimism and identified the most relevant challenges of the moment.

He explained that this a decision which is fully in the hands of NAMR; it will be introduced by Order signed by the president of the Agency, based on documentation made by the General Oil Department and the Control Department.

Volumes produced and consumed in Romania

At the same conference, Spencer Coca, president-in-office of ROPEPCA showed that almost 90% of Romania’s natural gas consumption is domestic production. Moreover, “for each MWh produced and sold locally, 37% constitutes income of the companies, which are part of the national economy, and 63% is paid directly to the state budget. For each MWh of gas imports, 81% is the revenues of foreign companies and only 19% goes to the state budget,” Spencer Coca said.

The reference to the prices set in the Vienna hub has been strongly criticized by industry for not being related to the realities of the local market, because it is in contradiction with the Oil Law No 238/2004, which provides for in Article 49 (2), that the ‘oil levy shall be established as a percentage share of the value of the gross production extracted`, because it is not applicable to long-term contracts subject to other terms and other price formation mechanism and because by providing a reference price which is linked to an external market and which goes beyond the internal market level, internal market gest “a signal which cannot be in the interest of consumers” (in the wording of the ROPEPCA).

At turn, Septimiu Stoica, the president of the General Shareholders Meeting of the Romanian Commodities Exchange, presented the data on the evolution of the natural gas transactions. “On our main forward market we had several peak months – March (8 TWh) August (9 TWh) – and in total in 2020, by mid-November, almost 39 TWh. On the spot market, we had a few peaks, in March, for example, with an annual total of 5,5 TWh. In total, over 44 TWh were traded on BRM platforms”, said Septimiu Stoica. The value represents a little more than Romania’s total gas consumption in two winter months or the total gas consumption for the interval April-September in a regular year.

The figures presented by Septimiu Stoica claim that we have a market benchmark at internal level, the one derived from the transactions concluded in Romania. The NAMR decision would encourage an increase in volumes traded on regulated gas markets, which would strengthen the relevance of domestic price levels.

The storage of petroleum products in our country would be useful, as well as the establishment of a central storage entity as it happens in other European states, said Cătălin Niţă, executive director of the Oil and Gas Employers’ Federation (FPPG).

“We believe that it would be useful to store fuels in our country. Continuous storage can eliminate the gap between supply and demand and the availability of crude oil stocks and ensuring energy supply are essential elements of public security. In the event of a major supply disruption, the country should have clear procedures and take steps to make available quickly, efficiently and transparently some or all of the emergency and specific stocks. We consider that a central storage entity is useful and necessary. We discussed this repeatedly, but I think that now we should start doing something in this regard”, said Cătălin Niţă.

“We are talking about a central storage entity for petroleum products to ensure compliance with the EU obligation and to prepare Romania for difficult times. At this moment, the legislation allows you to store, but also 50% abroad, which is quite complicated especially in a period of lockdown, with measures to prevent the crossing of borders. It is much safer to have things with you in the country and to benefit immediately from internal reaction. In fact, almost all European states have set up central storage entities on their territory. We believe that we are the only ones that maintain emergency stocks through the efforts of economic agents. There are about ten operators who have the obligation to maintain these emergency stocks,” Niţă said.

Diversification has led to increased business for CIS GAZ

2020 was a very complicated period for the business environment, said Sebastian Călugăr, CEO CIS GAZ. “True, we are involved in the construction of pipeline infrastructure for the gas and oil industry. But we are also active in the gas supply segment, and the dynamics of this market have not given us much reason for joy this year,” he said.

“In the last ten years we have diversified our fields of activity, which has contributed to the increase in turnover,” said Sebastian Călugăr, recalling the division specializing in the maintenance and integrity of pipelines and installations, with systems to prolong the life and keep existing pipelines operational.

Things are good and if infrastructure projects continue according to plans, CIS GAZ has every reason to look at 2021 with confidence. “We are still involved in numerous projects in the infrastructure area and we are one of the specialized subcontractors for relocating or reequipping the natural gas networks along the highway route. I would refer to the works on the Timişoara belt, the Craiova-Pitesti section, the Mureș belt, also the works on the Sibiu-Pitesti section where certain procedures are already in progress”, said Sebastian Călugăr.

CIS GAZ is also watching with interest the program for developing new gas distribution networks. “As far as I know, there are more than a thousand requests from local public authorities; so if much of them are implemented, we are talking about works that could take 5-6, perhaps even 10 years,” said Sebastian Călugăr. “We are pipeline builders, so of course we think we will be here.”

Experience and technology in Canada for mature deposits

Chinook Consulting Services, from Calgary, works mainly in the Western Canada Basin, but 15% of its operations take place in other countries. “The drilling activity in Canada varies seasonally, with intense activity in winter, when the ice roads allow access to the muskeg in the north, followed by a slow season in the spring when the ice melts, and the ground is too wet to allow access,” explained Călin Dragoie, Energy Geologist, VP Geoscience at Chinook, justifying the company’s interest in activities outside Canada.

The Chinook strategy to enter the international oil services markets entails transfer of technology and know-how from Canada to similar mature oil basins. “Our experience is mainly related to the development with horizontal wells, on projects that led to the evolution of new technologies such as under-balanced drilling, multi-lateral wells, high accuracy reservoir navigation and remote geosteering”, said Călin Dragoie.

This latter technology, along with the magnetic ranging, is currently also used extensively in the development of geothermal resources. “In SAGD applications (Steam Assisted Gravity Drainage) the steam injection wells are drilled precisely four meters above the production wells, steam is pumped through the injector, the bitumen heats up and as the thermal chamber develops, the heated oil flows into the producer well below. Somewhat ironic, magnetic ranging technology, initially developed for anti-collision is now being used to force the interception of wells,” explained the expert from Chinook.

“With experience accumulated in Canada, we started looking for similar mature basins where recently developed technologies have not yet been applied”, added Călin Dragoie. Colombia and Romania are two areas where resources are currently being sought in well-known deposits, which are not necessarily economic when developed with traditional methods,” he concluded.

The conference “The O&G industry – what works, what can we do better” was organized by Energynomics, with the support of our partners BRM, Chinook Consulting services, CIS GAZ, FPPG, and it was followed by more than 1.200 people. 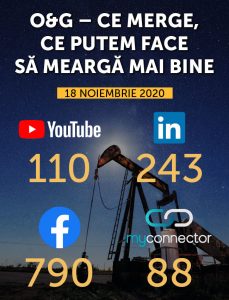