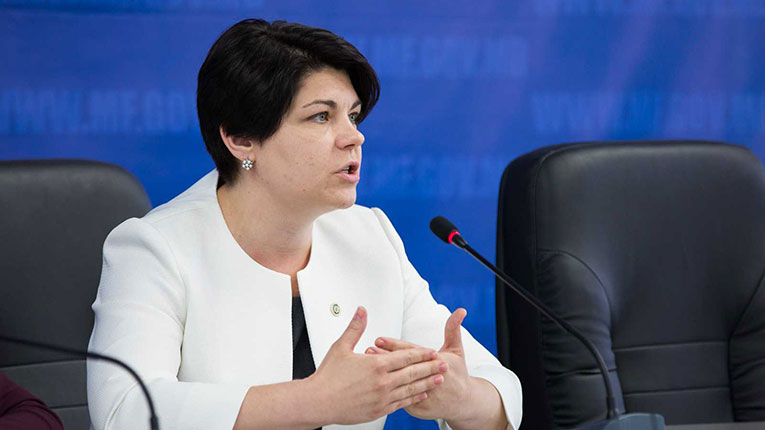 The Prime Minister of the Republic of Moldova, Natalia Gavriliţa, stated that she will ask the Parliament to establish the state of emergency, after Gazprom threatened to stop the gas delivery, by a letter to Moldovagaz, if it will not receive, by January 20, an advance payment worth about 63 million dollars, Radio Chisinau reports.

Moldovagaz, owned by Gazprom, claims that it needs funds urgently, due to the increase in the price of gas billed by its parent-company.

Deputy Prime Minister Andrei Spânu said that the Republic of Moldova has honored its current payments for all months and will pay for the gas consumed also during the first ten days of January.

The Commission for Exceptional Situations met on Wednesday to discuss energy security, Prime Minister Natalia Gavriliță announced. She said that on Thursday she would ask Parliament to establish a state of emergency in the energy sector and that the government would take more measures to overcome the crisis.

This is the second time that Gazprom has released final notes to Moldova, during the past year. Prime Minister Gavrilița said in the briefing that instead of helping the company it controls in Moldova, Gazprom comes with threats. In this situation, according to the prime minister, there are real risks to the country’s security.

“Unfortunately, Gazprom, instead of coming up with measures so that the joint stock company it controls can fulfill its contractual obligations towards consumers and suppliers, threatens to leave consumers without gas. In previous years, Gazprom allowed Moldovagaz to accumulate negative deviations during the winter, which were paid in the following months. Now, when prices are abnormally high, the company no longer accepts such practices, even if the contractual provisions have remained the same. The government considers that there is a real risk for the country’s energy security,” said Natalia Gavrilița.

The prime minister also said that he will ask the Parliament to establish a state of emergency on Thursday, and the Government will apply a series of measures. It is, first of all, about the postponement of the VAT payment by Moldovagaz and the advance payment by the Government of the compensations for January and February.

In reply, Dmitry Peskov, a spokesman for the Russian president, said in the context of Natalia Gavrilita’s statements that Russian gas supplies are commercial and not political aspects, which belong to Gazprom and not to the Kremlin.

And the Deputy Prime Minister for Infrastructure, Andrei Spânu, stated that the situation is not a consequence of the government’s inaction, but a “result of trade relations between Gazprom and Moldovagaz.” Andrei Spânu stated that he regrets Gazprom’s “change of attitude”, in the situation in which Moldova paid all its current payments and the advance for the first ten days of January.

“Of this amount, of 63 million USD, Moldovagaz will manage to pay 38 million USD by tomorrow. The amounts paid, the 38 million USD, which will be paid today and tomorrow represent the consumption for ten days of January (…) We note and regret that the majority shareholder of Moldovagaz failed to support its own company to overcome this situation. This is a clear change of attitude towards the previous years, which does not help in any way,” said Andrei Spânu.

Andrei Spânu also said that Moldovagaz found itself in a difficult situation due to the differences between the current tariffs and the purchase price for January, which increased to up to $650 for one thousand cubic meters of gas.