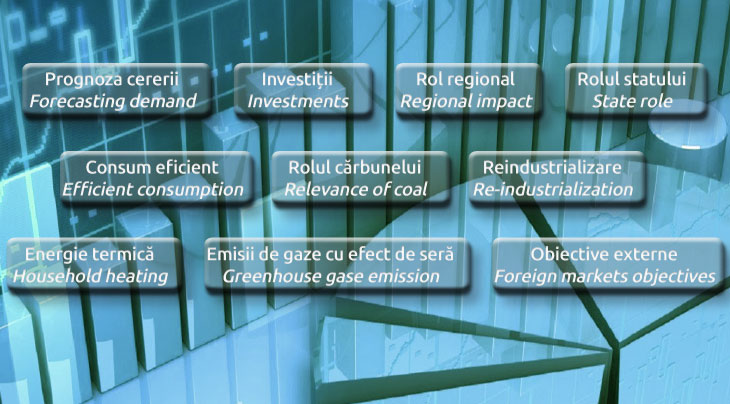 The new Minister for Energy, Razvan Nicolescu, launched a public debate on the development of the national energy strategy of Romania. Nicolescu aims to accelerate this development so that its provisions be applied starting from this year.

10 questions the department of Energy asks all parties interested

1. What do you think there are the three most important steps necessary in order to attract investment in the Romanian energy sector?

2. What do you think the role of the state in the Romanian energy sector should be?

3. What do you believe the Romanian energy policy objectives for the foreign markets should be?

4. How could the energy sector contribute in a sustainable way to the re-industrialization of Romania?

5. Do you think the Romanian energy policy paradigm should be changed, in order to primarily focus on a more efficient consumption? What do you think it can be done to support this end?

6. What do you think will be the evolution of demand for electricity, gas and fuels during 2014 – 2035 in Romania? As much as it is possible, we would appreciate if you would transmit us the algorithm used in the process of calculation.

7. What do you believe the strategic approach of the Romanian state on heating for population should be? What are your reasons in support for this/these recommendations?

8. Do you believe Romania has the potential to become a regional energy supplier? How could Romania to capitalize on this potential?

9. Do you believe that promoting energy production technologies with low greenhouse gas emissions should be made through a single system or through a different measures applied to each technology separately?

10. What do you think would be the role of coal in the future Romanian energy mix?

During the public consultation, the Department of Energy expects comments and position papers from consumers, producers and other operators in the energy industry, as well as from the academia, civil society, local and central public authorities and representatives of parliamentary parties.

Responses are welcomed until April 4 at [email protected]

Former Minister for Energy Constantin Nita, currently Minister of Economy, expressed his intention to hire foreign consultants to develop the national energy strategy. In November 2013, he announced that the department received 20 bids from consultants, and those that were to be selected would have had six months to develop. The national energy strategy was to be completed in 2013, but it was postponed due to lack of funds, according to Niță.